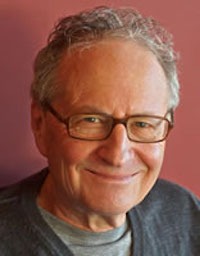 Moss was a founding advisor to the National Institutes of Health’s Office of Alternative Medicine (now the National Center for Complementary and Integrative Health, NCCIH) and to the NIH Cancer Advisory Panel on Complementary and Alternative Medicine (CAP-CAM). He has been a member of the Advisory Editorial Board of the PDQ System of the National Cancer Institute (NCI). He is a board member of the Cancer Prevention Coalition and is an advisor to Breast Cancer Action, Life Extension Foundation, RAND Corporation and the Medline-listed journal, Alternative Therapies in Health and Medicine. He has served as an ad hoc reviewer for Blood, Current Oncology, Tumor Biology, the Journal of Research in Medical Science, International Journal of Cancer, as well as the Czech Academy of Sciences.

He is available for individualized phone consultations for those seeking help in making difficult decisions in dealing with cancer.  Learn more about Ralph Moss, Phd at www.cancerdecisions.com