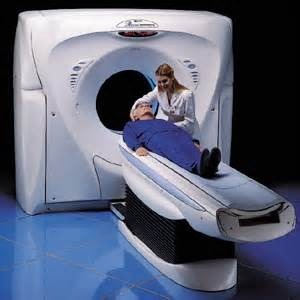 In a previous article (“Radiation from CT Scans Linked to Cancer”), I discussed research published in a 2009 issue of Archives of Internal Medicine revealing that CT scans deliver far more radiation than previously believed and that the scans may actually be responsible for nearly 30,000 cancers each year. Today, over five years later, the situation has only gotten worse.

The use of CT scans has tripled over the past 15 years — which means the average American is exposed to twice as much radiation from medical imaging as in the mid-1990s, according to a 2012 study published in the Journal of the American Medical Association. The newly-released March 2015 issue of Consumer Reports confirmed these findings.  Their investigations found not only that CT scanning definitely increases cancer risk, but also that one-third of the more than 80 million scans performed annually serve little if any medical purpose.

Unfortunately, these potentially life-saving tests also emit a powerful dose of radiation — in some cases equivalent to the amount most people would be exposed to from natural sources over seven years. Radiation exposure creates free radicals that alter cellular DNA, damage healthy cells, and often lead to malignancy.  The more radiation people are exposed to, the greater their lifetime risk of cancer, and young bodies are particularly vulnerable to radiation damage.

“If the scan isn’t necessary or emits the wrong dose of radiation, the risks far outweigh the benefits,” stated Stephen Swensen, MD, Medical Director at the Mayo Clinic in Rochester, Minnesota. He added, “All too often children are receiving adult-sized doses of radiation, which is many times the amount they need…. The dose directly increases the risk of leukemia or a solid tumor. ”

Explained Marvin Lipman, MD, Consumer Reports’ chief medical adviser, “No one says that you should avoid a CT scan or other imaging test if you really need it… but the effect of radiation is cumulative, and the more you’re exposed, the greater your cancer risk. So it’s essential that you always ask your doctors why they are ordering an imaging test and whether your problem could be managed without it.”

There are a number of reasons for excessive scanning, including financial incentives for doctors, fear of lawsuits, uninformed physicians, misinformed patients, and lack of regulation.

About one-third of the people in the Consumer Reports survey assumed that laws strictly limit how much radiation a person can be exposed to during a CT scan. In truth, there are no federal radiation limits for CT imaging. Nor are there any national standards for the training of the technologists who operate the imaging machines.

No Safety in Numbers

Practitioners, as well as consumers, are often unaware of the dangers of medical radiation. A Consumer Reports survey of 1,019 U.S. adults found
that people are seldom told by their doctors about the risks of CT scans. Other studies show that doctors themselves often underestimate the dangers CT
scans pose. According to CR investigators, here are some shocking statistics:

What You Can Do

CT scans can be an extremely valuable clinical assessment tool, but caveat emptor – be wary of unnecessary and unsafe procedures. Consumer Reportsadvises – and we agree – that you do the following before you undergo any radiation-based imaging test: