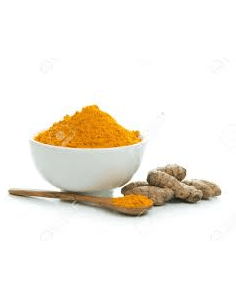 Curcumin, the natural active component of the spice turmeric, has a long history in Chinese and Indian medicine for its ability to fight many chronic disorders.  Now, modern science has discovered some of the ways in which this ancient compound works. The evidence has been mounting that curcumin should play a bigger role in the human diet for its antioxidant, anti-inflammatory and lipid lowering properties. Moreover, curcumin has been found to be one of the most powerful natural compounds able to drastically impact cancer progression.

There is a growing body of research literature documenting curcumin’s ability to prevent and reverse cancer. Curcumin can help protect against cancer initiation, slow its growth when it occurs, and even sensitize cancer cells to treatment. Both laboratory and live animal studies demonstrate that the compound can dramatically reduce the occurrence and severity of malignant tumors. Curcumin can fight cancer through at least eight different mechanisms, from its earliest stage of development through all stages of progression.

Recently, Australian research fellow Gautam Sethi and his colleagues at Curtin University have found strong anti-cancer potential of curcumin, based on a scientific review of past clinical trials (Molecules, Vol. 20, No. 2, Feb 2015). As the authors stated, despite significant advances in treatment modalities over the last decade, neither cancer incidence nor mortality has changed in the last thirty years. The researchers observed that because available anti-cancer drugs exhibit limited efficacy, are associated with severe side effects, and are also expensive, identification of pharmacological agents without these disadvantages is necessary. Curcumin is one such agent.

How Does Curcumin Work?

According to Professor Sethi, most diseases, including cancer, are caused by inflammation and by deregulation of multiple genes. Curcumin can help normalize disrupted biological signaling pathways, improve abnormal gene regulation, support the body’s response to chemical stresses and toxic load, and reduce inflammatory processes.

Curcumin is a multi-targeted agent which can modulate several oncogenic signaling cascades and can be effective for multiple human cancers. Curcumin has been found to suppress initiation, progression, and metastasis of a variety of tumors. Its anti-cancer effects are predominantly mediated through its negative regulation of tumor growth factors, inflammatory cytokines, and other oncogenic molecules. It also stops proliferation of cancer cells by arresting them at different phases of the cell cycle and/or by inducing their apoptosis (programmed cell death).

To summarize, the main mechanisms by which curcumin prevents various cancer-inducing or cancer-promoting processes include its ability to:

In part two of this article, I will discuss some of the latest cancer research indicating which cancers respond to curcumin, what’s the best form, and how much to take. Stay tuned.