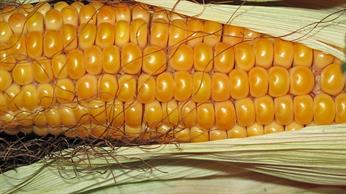 In the introduction to Hungrier for Health, we learned that genetically modified foods are dangerous enough! But Monsanto Roundup weed killer was just one step in the GMO food horror story. Now Agent Orange is the latest toxic chemical to invade our food supply!

As its newest weapon in the chemical arms race, Monsanto rival Dow Chemical wants to release genetically modified corn and genetically modified soybeans engineered to resist an herbicide called 2,4-D, one of the major ingredients in Agent Orange, and is asking our government’s blessing.

We must not let our government approve this biological warfare on its own citizens!

According to the Center for Food Safety, Dow Chemical, the same company that brought us Napalm and Agent Orange, “is now in the food business and is pushing for an unprecedented government approval: genetically engineered (GE) versions of corn and soybeans that are designed to survive repeated dousing with 2,4-D, half of the highly toxic chemical mixture in Agent Orange.”

Agent Orange was the chemical defoliant herbicide used by the U.S. in Vietnam. Agent Orange side effects caused many serious medical conditions in both American veterans and the Vietnamese, as well as lasting environmental damage.

2,4-D is a chemical linked to major health problems including cancer, Parkinsons disease, endocrine disruption, and reproductive problems. Furthermore, according to the Environmental Protection Company, 2,4-D is heavily contaminated with dioxin—often referred to as the most toxic substance known to science—which has been linked to increased breast cancer risk.

Dow Chemical is hyping GE 2,4-D corn and soy as the solution to herbicide-resistant weeds. Ironically, genetically engineered crops caused the “superweeds” in the first place! Overuse of Roundup over the last 15 years led to the development of Roundup-resistant weeds, Bloomberg Businessweek reports. According to Dow, 86 percent of corn, soybean and cotton growers in the South, and 61 percent of farmers in the Midwest, have such herbicide resistant weeds on their farms.

In reponse, Dow developed the Enlist seeds, genetically engineered to be resistant to the herbicide 2,4-D. Tragically, like Roundup before it, 2,4-D is likely to cause more and more toxic chemicals to leach into our environment and food supply.

This escalating chemical arms race going on across America’s heartland is a growing problem (pun intended). Dow Chemical’s Agent Orange crops are great for Dow’s bottom line, but bad for farmers, consumers, communities and the environment.

Unfortunately, the US Department of Agriculture (USDA) seems to ignore the potential harm and recently announced that the seeds do not pose a threat, Bloomberg reports. It is now up to the Environmental Protection Agency to determine if the impact of increased use of the 2,4-D herbicide could harm non-resistant plants, the environment and human health. And it is up to us consumers to stop approval until it does.

This is our window of opportunity! The USDA has just announced a 45-day public comment period on these new crops. Respond now! JoinBeatCancer.org and the Center for Food Safety and tell the USDA, Congress and President Obama to reject Dow Chemical’s “Agent Orange” crops!