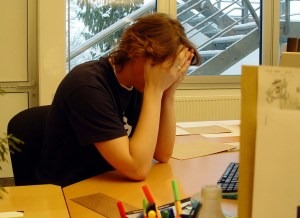 Stress is generally recognized to have a negative or at least a potentially negative impact on health, and the results of clinical studies conducted over the past two decades corroborate this widely-held assumption. The body of evidence showing stress as a health risk has grown to such an extent that the U.S. Department of Health and Human Services H.H.S. has designated April 2015 Stress Awareness Month. According to H.H.S. “Stress does not merely afflict your mind; it can also affect you on a cellular level. In fact, long-term stress can lead to a wide range of illnesses – from headaches to stomach disorders to depression – and can even increase the risk of serious conditions like stroke and heart disease. Understanding the mind/stress/health connection can help you better manage stress and improve your health and well-being.”1

In the peer-reviewed journal Psychosomatic Medicine – Journal of Biobehavioral Medicine the results of such a study conducted in the mid-1980’s with 3,682 adults in their late 40s and early 50s (52% women/48% men). The subjects were examined and then followed for ten years to determine whether stress factored into their risks for overall mortality. After screening participants for a variety of health risk factors, including blood pressure, cigarette smoking and total cholesterol, researchers determined that, among this sample group, increased tension and anxiety was significantly related to coronary heart disease, atrial fibrillation and total mortality. 2

In another study in 2008, researchers at the American College of Cardiology recruited 735 older men who had no history of heart disease or diabetes. After assessing participant anxiety levels, and adjusting for lifestyle factors such as drinking, medications, and diet, the scientists determined that the men with anxiety-prone dispositions were significantly at risk for heart attack. 3

More recently, in 2014, the conclusions to a 23-year follow up study of Finnish men aged 42-61 was published in the Annals of Epidemiology, the journal of the American College of Epidemiology. An variety of health and lifestyle factors were monitored, including marital and socioeconomic status, history of cardiovascular disease, physical activity, personality, and, in the case of those who were no longer alive at the study’s end, cause of mortality. The findings supported the growing evidence that anxiety is responsible for an increased risk of mortality.4

And, just this year, The Korean Society of Neurogastroenterology and Motility published in their journal the results of a study involving more than 23,000 Korean adults.  The subjects were enrolled to determine the effect of emotional stress and depression on the digestive system. Each participant had a medical checkup that included both upper and lower endoscopy, along with answering systematic questionnaires to measure stress and depression. Both stress and depression were found to be related to functional dyspepsia, irritable bowel syndrome, and reflux esophagitis. Depression was found to be linked also to peptic ulcers and to adenoma/carcinoma of the colon and stomach. 5

While research into the effects of stress on the body will undoubtedly continue, there certainly is enough data collected to make us pay attention. Stress Awareness Month is the perfect time to consider ways to combat stress as part of our overall progress toward better health.