Are Genes Destiny? Epigenetics and Cancer

Are Genes Destiny? Epigenetics and Cancer 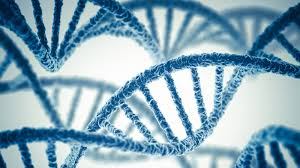 “Falling for this myth could give you cancer.”
“Your habits are more important than your genes.”
— Dr. Joseph Mercola

It’s a depressing thought – the idea that regardless of what we do, our genetic make-up predisposes us to certain health problems. The problem with this thought, however, is that cutting edge science is telling us that it simply is not true!

From 1990 to 2003 millions of federal dollars were spent on the Human Genome Project. The goal was to figure out the role of every gene in order to develop drugs to “fix” “bad” ones and thus avoid or cure virtually any disease — the operative model being that the human body is simply an assemblage of replaceable or fixable parts. Researchers, however, were surprised to discover that there are far fewer genes than suspected, all with multiple, often indeterminate purposes, as well as complex and unpredictable interactions. They also realized that messing with any one gene could have dire and unintended consequences.

Most importantly, they learned that the presence of any kind of gene is very different from the expression of that gene (inactive vs. active). Rather than the heredity lottery, the overwhelming evidence points to our environment as the key determinant in gene expression and, thus, overall health. In other words, genes are turned “on” or “off” in response to the way we live, particularly when it comes to diet, exercise, thoughts, emotions, toxic exposures (including pharmaceutical drugs), and so on.

The new word for all this is epigenetics (“epi” from the Greek “above, in addition to”). It’s the study of heritable changes in gene expression that do not involve changes to the genetic code (underlying DNA sequence). Epigenetic science reveals that we are an extension of our environment, which includes everything from our thoughts and belief systems, to toxic input, access to air and sunlight, exercise, and, of course, everything we choose to put onto and into our body. Epigenetics shatters the idea that we are victims of our genes. On the contrary, we have tremendous power to shape and direct our health, as well as to pass on these positive modifications to the next generation.

Epigenetics teaches that the center of action for all this is not the gene, but the membrane of every cell in our body. The membrane contains receptors that react to substances and forces in and around the bodily system, setting off a “conversation” that flows back and forth between genes and proteins in the cells. Thus, each and every cell has a type of consciousness that is affected by what is going on around it, as well as what passes through it. This interaction is what determines the expression of genes.

Consider the honeybee. The only difference between a hive’s queen and the sterile worker,
both of which have the same genes, is diet. If a bee larva gorges endlessly on royal jelly,
it matures into a queen. If it consumes just a few days’ worth of jelly, it becomes a worker.”

Like bees, what we humans eat affects the expression of our genes. Here’s just one example: Studies show that we all have tumor suppressor genes in every cell of our body which are capable of stopping cancer cells. There are also proteins called “histones” which can attach so tightly to the DNA of these tumor suppressor genes that they become hidden from the view of the cell. Thus, too much histone will “turn off” these cancer suppressors and allow cancer cells to reproduce rapidly.

Epigenetics has revealed that certain foods, such as cruciferous vegetables like broccoli and cauliflower, along with garlic and onions, contain substances that block histone and enable tumor suppressor cells to activate against cancer. Regular consumption of these foods allows your body to naturally fight the growth of cancer cells.

The nutrients in a healthy diet, in ways that may not be completely understood at this point in time, have a protective influence on how genes work. It’s important to note that epigenetic effects begin before birth – in the womb. Research has shown that poor prenatal nutrition can set up a host of problems in life, such as diabetes, growth retardation, cardiovascular disease, and neurodevelopmental disorders. Thus, a healthy diet by a future mother primes the cells for positive gene expression.

The fact that lifestyle habits can control genetic tendencies to express disease will probably not be shocking to people who pursue a more wholistic approach to living, as well as followers of Traditional Chinese Medicine, homeopathy and other alternative healing systems. In conventional medicine this is still a new concept, but it is slowly taking root. (Note a recent New York Times article “How Exercise Changes Our DNA.”) According to epigenetic therapy, if a disease condition occurs, the answer is to simply “remind” your cells (i.e., change environmental input) so they can return to being normal cells. You can do this before any manifestation of disease by leading a healthy lifestyle – high quality nutrition, regular exercise, adequate sleep, limited exposure to toxins, stress management, etc.

Genetic Expression and the Mind

One of the most exciting areas of epigenetic study is the strong influence of our emotions, thoughts and beliefs on gene expression. Research is showing that “environmental signals” received by the cell membrane include thoughts and emotions — which directly affect DNA expression. A positive mental attitude contributes to positive gene expression, whereas unaddressed emotional scars and traumas, which many of us carry, can adversely affect the cell’s “reading” of the genes.

Bruce Lipton, PhD, cellular biologist, is one of the leading authorities on how emotions can regulate genetic expression. In his book, The Biology of Belief, he explains how the true understanding of life lies not within your DNA, but rather in the way your cell membranes work in response to mental as well as physical stimuli.

If your DNA shows a cancer-programmed gene, you are not automatically foreordained to get cancer. Not at all! The genetic information does not ever have to be expressed. Your cells can choose to read or not to read the genetic blueprint you inherited from your parents depending in large part onthe way that you interact with your environment. Makes sense: When you’re feeling generally calm and positive, everything works better — digestion, sleep, elimination, and the like. When you’re in prolonged states of depression, stress, exhaustion, there’s a tightness, too much adrenalin and other chemicals flowing that unbalance and get in the way of normal body function. You needn’t be a cellular biologist to understand that this can affect your cells and, thus, their communication with genes.

The idea that modern medicine will somehow find a way to “fix” a problem gene or alter it with some new miracle drug or surgical procedure is not worth pinning your hopes on. Dr. Lipton’s and others’ findings clearly show that your emotional outlook exerts tremendous control over your biology. YOU are in the driver’s seat now.

In all these ways, epigenetics teaches that we have the power to influence our genes toward healthy, disease-fighting activity. We humans are not simplistic machines with interchangeable parts, but wondrous organisms, constantly recalibrating our systems in relation to our daily choices and behaviors. Some extreme situations may be beyond our control, but, even then, positive attitude and healthy choices impact quality of life. Generally speaking, genes follow our lead, not the other way around.

The metabolic approach to preventing cancer and recurrence (which RethinkingCancer.org is all about) is essentially an epigenetic approach. It focuses on the power of the individual to take charge and strives to provide the body with the materials and conditions necessary to regain and maintain optimum health. This is our birthright.

Consuelo Reyes is Director of the Foundation for Advancement in Cancer Therapy.

[2] Lipton B. The Biology of Belief: Unleashing the Power of Consciousness, Matter & Miracles. Hay House, 2005

[4] Mercola J. Falling for this myth could give you cancer. Mercola.com. April 11, 2012 http://articles.mercola.com/sites/articles/archive/2012/04/11/epigenetic-vs-determinism.aspx