Are Vaccines the Best Prevention for Cervical Cancer? – Part 3

Are Vaccines the Best Prevention for Cervical Cancer? – Part 3 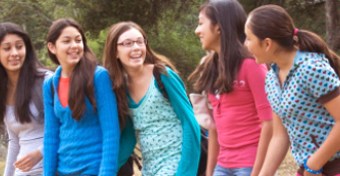 In my last blog, I talked about HPV vaccine side effects and deaths attributed to the HPV vaccine. Now I want to talk about other reasons to avoid the HPV cervical cancer vaccine.

There are more than 100 types of human papilloma virus, but from the manufacturer’s own admission, Gardasil protects against only four types. If you contract one of the 96+ strains that aren’t included, you’re out of luck. And, if you’ve previously been exposed to one of the four types of virus in the vaccine, it doesn’t work against those either. Therefore, even if you accept the risks and get vaccinated, your chances of getting some form of HPV are still very high.

Unfortunately, according to a recent study, nearly one in four girls who get the HPV vaccine mistakenly believes it will also reduce her risk of gettingothersexually transmitted diseases (STDs), such as syphilis and gonorrhea. This leads to poor protection during sexual activity. Clearly, more education is needed.

It is legal in California for minor children as young as 12 years old to be vaccinated with STD vaccines without a parent’s knowledge or consent. Are most 12-year-olds mature enough to fully analyze the benefits versus risks of vaccination? Will they recognize the benefits of abstinence or condoms? Could a child suffer a serious vaccine reaction and could the parent, not knowing the child had been vaccinated, mistake it for the flu or another less serious health problem, delaying getting to an emergency room until it is too late?

According to the National Cancer Institute, chronic HPV infection may last for decades before it leads to cervical cancer, which typically does not strike women until the late 40’s. Only 0.2 percent of those diagnosed with cervical cancer were under the age 20, so it’s quite rare in this age group.

A systematic review of HPV vaccine clinical trials by a Canadian team showed that Gardasil’s effectiveness is both overstated (through the use of selective reporting or “cherry picking” of data) and completely unproven. According to a related report in the Los Angeles Times, “the widespread optimism regarding HPV vaccines long-term benefits appears to rest on a number of unproven assumptions which are at odds with factual evidence and significant misinterpretation of available data…. the claim that HPV vaccination will result in approximately 70% reduction of cervical cancers is made despite the fact that the clinical trials data have not demonstrated to date that the vaccines have actually prevented a single case of cervical cancer (let alone cervical cancer death)…”

Physician and lead vaccine researcher Dr. Diane Harper, an expert in HPV and the diseases associated with it, coordinated clinical trials of Gardasil. Yet she herself argued that HPV vaccination may be unnecessary because “Ninety-five percent of women who are infected with HPV never, ever get cervical cancer.” She also explained that if the HPV vaccine does not last for at least 15 years, “no cancers will ever be prevented…” and that Gardasil has only been shown to last for five years.

In a speech given at the 4th International Public Conference on Vaccination in October of 2009, she made an unlikely announcement regarding the vaccine’s lack of effectiveness. In a stunning act of courage against the pressure of the corporation and its financial investment, Dr. Harper claimed she was speaking out so she ‘might finally be able to sleep at night’.

Harper contended that because cervical cancer risk in the U.S. is already extremely low, the vaccinations were unlikely to have any effect upon the rate of cervical cancer. In fact, 70% of all HPV infections resolve themselves without treatment in a year, and the number rises to well over 90% in two years.

Harper added, “About eight in every ten women who have been sexually active will have HPV at some stage of their life. Normally there are no symptoms, and in 98 percent of cases it clears itself.” Harper also spoke about safety concerns. At that time, 15,037 girls had already reported adverse side effects from Gardasil to the Vaccine Adverse Event Reporting System. Most parents and teens are unaware of these risks.

In my next blog on this topic, I will discuss safe and natural ways to prevent cervical cancer.