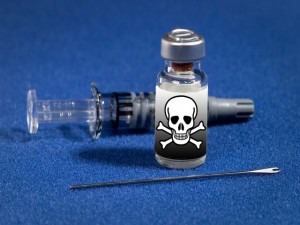 In my first blog on cervical cancer, I talked about HPV vaccine side effects. Thousands of young women who took the Gardasil vaccine for HPV (human papilloma virus),suffered permanent disability or other adverse reactions.  Unfortunately, death has been one of those permanent side effects.

Over 100 deaths due to cervical cancer vaccine

The reported death toll for the HPV vaccine now stands at 139 — 139 healthy children and young women  lost to vaccination in the effort to spare them from the possibility of developing cervical cancer later in life – a disease that is 100% preventable!

The direct causes of death after Gardasil vaccination are somewhat mysterious, but appear to include blood clots, acute respiratory failure, cardiac arrest, and “sudden death” due to “unknown causes” shortly after receiving the vaccine.

While it is not clear exactly what is causing so many adverse reactions, Gardasil does contain genetically engineered virus-like protein particles as well as aluminum, which can affect immune function.

Further, according to the vaccine manufacturer product information insert, the vaccine has not been evaluated for its potential to cause cancer or impair fertility.

In fact, Merck studied the Gardasil vaccine in fewer than 1,200 girls under16 prior to releasing the drug to the market under a fast-tracked road to licensure in 2006. To date, most of the serious HPV vaccine side effects and deaths that occurred during the pre-licensure clinical trials and post marketing surveillance have been written off as a “coincidence” by Merck researchers and government health officials.

According to information Merck presented to the FDA prior to approval, if you have already been exposed to two strains of HPV before getting vaccinated, Gardasil may actually increase your risk of developing precancerous lesions and cancer by nearly 45 percent!

According to Stokvis, some of the reports of cervical abnormalities are occurring four to five years after HPV vaccination, so we’re just now starting to see some of the longer-term ramifications, given that the vaccines have only been on the market since 2009 (Glaxo) and 2006 (Merck). The following data is for girls ages 14 to 26:

[1] Judicial Watch, April 10, 2013 – Gardasil, the vaccine for HPV (human papillomavirus), may not be as safe as backers claim.