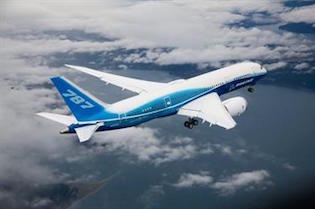 Are Americans sacrificing their safety in the name of safety? US scientists are warning that the full-body “naked” X-ray scanners that are being used to screen passengers at 70 airports around the country may cause cancer. There are about 350 such scanners currently in use, and that number is expected to reach 1000 by the end of 2011. When air travel is unavoidable, if at all possible, opt for lines that use standard metal detectors or, if necessary, even humiliating pat-downs rather than the scanners.

Besides violation of privacy (the scanners provide graphic images of a person’s body including genitalia), the scanners are simply not safe. A group of scientists at the University of California in San Francisco (UCSF) raised concerns about their “potential serious health risks” in a letter sent to the White House Office of Science and Technology last spring. Biochemist John Sedat and his colleagues stated that “the dose to the skin may be dangerously high” because most of the energy from the scanners is delivered to the skin and underlying tissue.

Dr. Michael Love, who runs an X-ray lab in the department of biophysics at Johns Hopkins University School of Medicine, declared, “Statistically someone is going to get skin cancer from these X-rays.” Continued Love, “No exposure to X-ray is considered beneficial. We know X-rays are hazardous but we have a situation at the airports where people are so eager to fly that they will risk their lives in this manner.“

The US Airline Pilots Association (USAPA) has encouraged its members to refuse the scans. “Based on currently available medical information, USAPA has determined that frequent exposure to TSA-operated scanner devices may subject pilots to significant health risks,” stated USAPA president, Captain Mike Cleary, in a CNN interview. Pilots, like frequent fliers, are routinely exposed to elevated levels of atmospheric radiation.

Apologists insist the radiation from scanners is extremely low. According to Jane Orient, MD, Executive Director of the Association of American Physicians and Surgeons (AAPS), a voice for patients’ and physicians’ independence since 1943, if operating as specified, a scanner only delivers about 0.01 millirad of radiation. That is small in comparison with 10,000 times as much exposure from the natural environment every year.

So what is the issue? The airport security scanners use a technique that is great for identifying explosives; the radiation does not penetrate very far but it does concentrate the dose in the skin. Scientists warn that this effect has not been properly researched. In fact, wrote Orient, “if you had a deadly disease, and the scanner were an FDA-regulated device that might save your life, your doctor wouldn’t be allowed to use it because of inadequate study!”