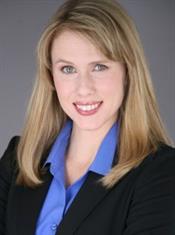 A candid and personal talk with Dr. Kelly Turner. New York Times best-selling author of Radical Remission, as well as a researcher and speaker. Listen in as we discuss a few of Dr. Turners discoveries regarding spontaneous (Radical) remission from cancer and the techniques used by the people she interviewed.

Radical Remission is a personal and deeply moving exploration of the power of the human spirit and innate wisdom of the body to overcome catastrophic illness. Persons with cancer and their families and friends will find it especially helpful. (Andrew Weil, M.D.)

Her interest in complementary medicine began when she received her B.A. from Harvard University, and it later became the sole focus of her Ph.D. at the University of California, Berkeley. Kelly’s research included a year-long trip around the world, for which she traveled to 10 countries to interview 50 holistic healers and 20 Radical Remission cancer survivors about their healing techniques. Since then, she has analyzed over 1,000 cases of Radical Remission.

Never before has anyone with Dr. Turner’s credentials dared to research the million dollar question: why do some patients get better from seemingly “incurable” illnesses? Dr. Turner has uncovered the holy grail those who want to optimize their chances for cure have been seeking. Bravo, Dr. Turner! (Lissa Rankin, MD, New York Times bestselling author of Mind Over Medicine & host of the National Public Television special Heal Yourself: Mind Over Medicine)

In her groundbreaking and inspiring book, Radical Remission: Surviving Cancer Against All Odds, Dr. Kelly A. Turner, founder of the Radical Remission Project, uncovers nine factors that can lead to a spontaneous remission from cancer—even after conventional medicine has failed.

While getting her Ph.D. at the University of California, Berkley, Dr. Turner, a researcher, lecturer, and counselor in integrative oncology, was shocked to discover that no one was studying episodes of radical (or unexpected) remission—when people recover against all odds without the help of conventional medicine, or after conventional medicine has failed. She was so fascinated by this kind of remission that she embarked on a ten month trip around the world, traveling to ten different countries to interview fifty holistic healers and twenty radical remission cancer survivors about their healing practices and techniques. Her research continued by interviewing over 100 Radical Remission survivors and studying over 1000 of these cases. Her evidence presents nine common themes that she believes may help even terminal patients turn their lives around.

Enjoy – and please leave your comments below and also in iTunes.