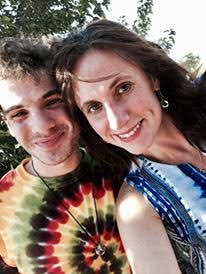 Jared Bucey was born with a heart defect and underwent a heart transplant at the age of four. To prevent rejection, he was forced to constantly take immuno-suppressive drugs. In 2014, when he was 16, an emergency appendectomy revealed that Jared had stage 4 Hodgkin’s Lymphoma and he immediately began chemotherapy. His doctors told him that if he didn’t follow through with his treatments he would be dead in 6 months, but one round of chemo produced such severe side effects that Jared felt he was going to die anyway. Jared prayed and his mom Lisa researched and together they decided to attack his cancer naturally. He is now cancer-free.

Listen to this amazing story of how Jared chose to follow his gut and begin a natural healing process to combat his cancer.

Join us for this podcast and learn:

Jared and his mom Lisa also started a Facebook page called Kid Against Chemo to share their story and to teach others what they learned on their cancer journey.

You can order Jared’s autobiography and read more about his journey on his website: