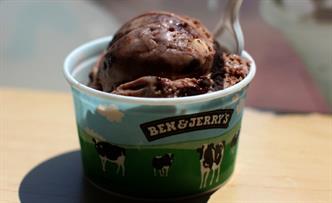 Last month, Vermont became the first state in the nation to require that all foods produced with genetically modified ingredients (GMOs) be labeled as such. Finally!

Genetically modified organisms are primarily plants whose makeup has been altered to produce a new combination of genes and traits that nature is unable to produce. The process is commonly used in corn, soybeans and cotton to make them resistant to herbicides or cause them to produce pesticides. Many people, including us at BeatCancer.org, believe that GMOs pose a danger to humans and the environment. See my blog on 10 reasons to avoid GMOs.

Unfortunately, Vermont’s GMO labeling law is under legal attack. It is being contested by a coalition of food industry groups, mega-wealthy companies such as Monsanto and Kraft Foods, as well as groups like the Snack Food Association and the Grocery Manufacturers Association (GMA) – an organization that includes Unilever, the parent company of the Vermont-based ice cream maker Ben & Jerry’s.

Two years ago, Unilever spent nearly half a million dollars to defeat Proposition 37, the California Right to Know GMO labeling campaign, and last year Unilever and its GMA associates contributed over $20 million to guarantee defeat of a similar measure in Washington state. Ben & Jerry’s took heat for it from labeling proponents and GMO opponents.

Now, seemingly to redeem its image as Vermont gears up to defend its food labeling law, Ben and Jerry’s is teaming up with the state to help raise money for the cause. The company has renamed one of its most popular flavors, Chocolate Fudge Brownie, to “Food Fight Fudge Brownie.” It is also donating a portion of its sales to support GMO labeling initiatives and is lobbying to pass labeling bills in Oregon and elsewhere.

Furthermore, a couple of days ago Ben and Jerry’s co-founder Jerry Greenfield announced the company’s plans to go non-GMO within two years; 14 of its 50 flavors are already GMO-free. To meet the non-GMO and Fair Trade standards, the company will be seeking new sources for some 110 ingredients.

Ben & Jerry’s has generally had an impressive record on social activism, humanitarian and foodie causes. It was one of the first companies to label its ice cream as free of recombinant bovine growth hormone, or rBGH, a synthetic hormone made by Monsanto to increase milk production in dairy cows. In 2008, the company opposed Monsanto when the biotech giant tried to ban rBGH-free labeling in several states.

But neither Ben Cohen nor Jerry Greenfield, the two co-founders and namesakes, runs the company any longer; it’s been a wholly owned subsidiary of Unilever since 2000. And Unilever is at the forefront of the opposition to Vermont’s right to know campaign. To its credit, in 2006, Ben & Jerry’s successfully stood up to its parent company when Unilever pushed for approval in the U.K. of a synthetically produced “anti-freeze” protein, using a genetic modification process. I hope it continues on this path.

However, my endorsement of Ben and Jerry’s efforts is not an endorsement of it products. Personally, although I love ice cream, it does not love me back, and I have excluded it from my diet for decades. In addition, ice cream – loaded with fat, sugar and cow dairy — is probably the perfect storm if you want to have cancer . But what’s important here is not whether one should eat ice cream, nor the quality of Ben and Jerry’s products, nor the possible hypocrisy of its owners. The key issue is consumers’ RIGHT TO KNOW what is in our food, so we can make informed choices. And I am 100 percent in favor of that.