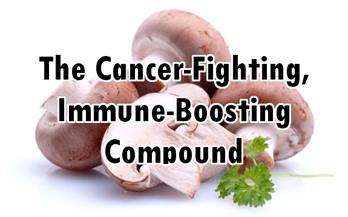 What are Beta Glucans?

Beta glucans are naturally occurring fibers made up of polysaccharides (multiple sugars joined together). These chains of glucose molecules are principle constituents of the cell walls of certain microorganisms like bacteria, yeasts, and fungi. Polysaccharides are biologically active, meaning they can carry biological data through their branch-like structures. Each source has its own molecular shape and exhibits different health benefits based on its shape. Depending on the length and position of the beta glucan structure, it may be referred to as beta 1,3 (or beta 1,3D) glucan, beta 1,4 glucan or beta 1,6 glucan.

Beta glucans do not occur naturally within the human body and are not synthesized by the body. Therefore, they need to be consumed from food sources or nutritional supplements. Excellent sources of beta glucans include fermented foods, medicinal mushrooms (reishi, shiitake, maitake), yeasts, seaweed, and algae. Beta glucans are also found in the bran of many common whole grains, with oats and barley containing the highest amounts. Although beta 1,3 glucan is a natural extract of baker’s yeast (an allergen for many people), most beta glucan supplements contain a very minimal amount of yeast proteins and are thus unlikely to cause an allergic reaction.

More than 1,000 scientific articles have been published over a span of 50 years demonstrating the many biological benefits of beta glucans, especially a response system known as immuno-modulation. However, while grain-derived beta glucans are valuable for our health in terms of lowering cholesterol and inflammation, they have been shown to be ineffective as immune modulators.

According to a 2008 article published in Mutation Research/Reviews in Mutation Research, beta glucan polysaccharides “stimulate the immune system… and thereby have beneficial effect in fighting infections (bacterial, viral, fungal and parasitic). β-Glucans also exhibit hypocholesterolemic and anticoagulant properties [and] have been demonstrated to be anti-cytotoxic, antimutagenic and anti-tumorogenic, making them promising candidates as pharmacological promoters of health.”

Research has proven the ability of beta glucans to fight cancer. First, by protecting against toxic carcinogens, they can prevent oncogenesis. During the promotional stage of cancer, beta glucans work to mobilize cancer-fighting molecules inside the body, especially NK cells, which are crucial to inhibiting cancer growth. Another way in which beta glucans work is through anti-angiogenesis (interference with a tumor’s blood supply) to reduce cancer proliferation and prevent metastasis.

Beta glucans also stimulate various cells within the body to unleash anti-cancer molecules. These molecules include interleukins 1 and 6, hydrogen peroxide, gamma interferon, and tumor necrosis factor, all of which have been shown to antagonize cancer.

The ability of 1,3 beta glucan to inhibit tumor growth has been well established for about 40 years in a variety of experimental tumor models. Beta glucans have been used as adjunctive therapy for cancerous tumors since 1980, according to Comprehensive Reviews in Food Science and Food Safety (June 2012). Because of their role in the restoration of compromised bone marrow function, beta glucans are considered an excellent adjuvant to chemotherapy and radiation therapy.

A large collection of research data demonstrates that beta glucans provide measurable anticancer activity in terms of tumor growth, tumor volume, degree of metastases, and /or survival. Most of the studies on the antitumor properties of beta glucan were conducted in Japan with various types of mushrooms and fungi, but one study with oat beta glucan found significant macrophage anticancer activity and significant ability (along with short-term exercise) to inhibit the metastatic spread of injected melanoma cells.

Science has also shown that orally administered beta-glucan can exert an adjuvant effect against a broad range of cancers when used with monoclonal antibodies. Multinational research has demonstrated that the oral ingestion of beta 1,3-D glucan has similar protective effects as the injected version, including defense against infectious diseases and cancer. Although most of these studies have been conducted with animals, at least a few studies confirm the value of beta glucans for cancer treatment in humans.

Another study of beta glucan published in the International Immunopharmacology in 2007 compared 23 female patients with advanced breast cancer (median age 52 years) and 16 healthy females. It was concluded that oral beta glucan administration seems to stimulate proliferation and activation of white blood cells known as monocytes in patients with advanced breast cancer.

Yeast is often considered “the mother of all beta glucans” for its immune system support. Soluble fibers from barley and oats provide anti-inflammatory effects through their beta glucan content, but studies show that the highest levels of biological response and immunomodulation are attained with insoluble beta glucans. Insoluble beta glucans are found in Saccharomyces boulardii (a tropical species of yeast), brewer’s yeast (Saccharomyces cerevisiae), as well as medicinal mushrooms like maitake and reishi.

When supplementing with beta glucans, recommended daily dosages range from 5 to 10 mg per pound of body weight. If you weigh 150 pounds, the dose would therefore be 750-1500 mg per day, best taken between meals 500 mg at a time. Most manufacturers of beta glucan supplements suggest doses of 1,000 mg daily to achieve effective results.

Beta glucan is one of the safest therapies available for providing immune-stimulating and cancer-fighting properties. Compared with conventional medical therapies, beta glucans are an affordable and safe option for preventing and healing cancer while posing no adverse health reactions.