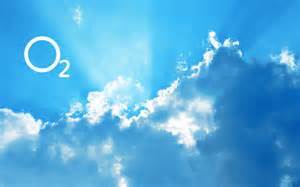 As you probably realize, an anti-cancer diet constitutes a major theme of the articles we post, the lectures we give, and the educational materials we distribute at BeatCancer.org.

But there is one crucial cancer-fighting nutrient that is hardly ever discussed, so I invited my colleague Mauris Emeka to write about it.

As we all know, oxygen is an invisible gaseous element that’s in us and all around us. This colorless, odorless, and tasteless gas is in fact, the most abundant element on earth. Oxygen makes up approximately 90 percent of water as well as a large percentage of the earth’s surface and comprises up to 20 percent of the air we breathe. All animals and plants alike require oxygen, probably the most valuable nutrient needed by our body. In fact, nearly two-thirds of our body is oxygen. Think of it this way: We can live for several weeks without food and for several days without water; but we can live for only a few minutes without oxygen.

One thing that fuels various degenerative diseases is lack of oxygen. When the millions of cells that make up our body are deficient in oxygen, our health suffers. Adequate oxygen helps make the environment in the body more alkaline and less acidic. When our cells are low in oxygen it causes our body to produce carbon monoxide, and that’s not a good thing, because carbon monoxide is acidic. Cancer and all diseases thrive in an acid environment.

So, how does a lack of oxygen at the cellular level affect the cancer process? The German scientist, Dr. Otto Warburg, won a Nobel Prize in 1931 for discovering that cancer cells produce energy through a process called fermentation, and that process does not require oxygen. Cancer cells do not need oxygen; in fact, oxygen suppresses them. But normal cells need oxygen and lots of it.

According to a study conducted at the University of Georgia and published in the Journal of Molecular Cell Biology in May of 2012, low oxygen levels in cells may be a primary cause of uncontrollable tumor growth in some cancers. The research team analyzed data from seven different cancer types — breast, kidney, liver, lung, ovary, pancreatic and stomach — and found that even more important than genetic mutations, long-term lack of oxygen in cells may be a key driver of cancer growth.