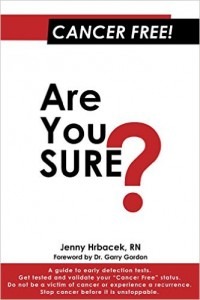 It is very common that once cancer begins growing, it progresses for 8-10 years before it is able to be detected. However, new advances in technology are bringing us a new era, one that will change the way cancer is detected. Newer non-invasive tools not only provide early detection so cancer can be treated earlier but also offer the opportunity for interventions that prevent a formal cancer diagnosis in the first place.

Typical annual screenings in the United States might include a mammogram, Pap test, or PSA count. These tests screen for reproductive cancers only. Occasionally, a doctor may order a colonoscopy — which looks in the large intestine but does not examine the small intestine where cancers can also develop.

By the time a mammogram can pick up a breast cancer, for example, the disease is often so far along that the patient is immediately whisked into surgery, chemotherapy, and/or radiation. Screenings are not the same as prevention. In some circles, screenings are described as “trolling for business” because they are not sensitive enough to offer true early detection for prevention.

Yet true early detection tests exist and are readily available if patients know to ask for them. These tests are much more sensitive and can detect cancer years before the lump or bump is diagnosed by more common means. These tests also detect a wide range of cancers. Depending upon the test, they can give an early warning for kidney, bladder, thyroid, uterine, breast, prostate, or pancreatic cancers, non-Hodgkin’s lymphoma, and others.

One of the ironies of human nature is that we tend not to change our ways until we have to. An early warning can be the incentive necessary for people to change their diet and work with an integrative practitioner who can establish a preventive protocol.

There are even cancer tests available that can play a big role in monitoring the post-treatment patient. Cancer patients who have completed their standard regime of surgery, chemotherapy and radiation need to know if their cancers are receding or growing. Typically after treatment, oncologists use standard tumor marker tests. If an elevation is seen with a tumor marker, a PET scan or CT scan is ordered. The patient is subjected to carcinogenic radiation and the test results are often used to justify starting treatment again. Now the cancer is usually more aggressive and harder to treat.

The real danger of an initial episode of cancer is metastasis. Statistics tell us 90 percent of people who get a recurrence of cancer die within five years. We now have the ability to see a metastasis coming much earlier than when the tumor has grown big enough to absorb enough radioactive glucose to light up on a PET scan – and without the added sugar. Being able to predict the likelihood of a primary cancer to spread can move patients away from the false complacency of a negative test result and motivate them to take steps to prevent recurrence.

Some early detection tests find substances present in the blood when cancer is present. For example, we can now test for the ENOX 2 protein which is found only on the surface of a malignant cancer cell; this protein is not found in the blood of a person without cancer. We also can test for thymidine kinase (TK) levels which go up significantly when there is a rapid amount of cell division, a hallmark of cancer’s growth. Other tests look for circulating tumor cells, carcinoembryonic antigens and phosphohexose isomerase (an enzyme implicated in metastasis).

Additionally, we are beginning to move beyond the idea that chemotherapy is a one-size-fits-all, protocol-driven treatment. Oncology is evolving to a more personalized approach. We now have the ability to test a blood or tissue sample against the many possible chemo drugs available to see which ones would be most effective, so as not to expose patients to the toxicity of drugs which won’t even be effective for them. Testing is also available to determine which of more than 40 natural therapies will be most effective for each person. The list ranges from artemisinin to vitamin C.

For information on these and other non-invasive tests, order the book Cancer Free! Are You SURE?

Jenny Hrbacek, RN, is the author of Cancer Free! Are You Sure? A Guide to Early Detection Tests, published in 2015. She was diagnosed with breast cancer in 2009 and was told the surgery and chemotherapy she underwent would make her cancer free. Jenny began to research cancer and testing and learned that she was not cancer free, and that there were many options besides waiting every six months for the standard tumor marker tests. She now teaches and consults with cancer patients and is a member of the BeatCancer.org medical advisory panel. She can be reached at www.cancerfreeareyousure.com.