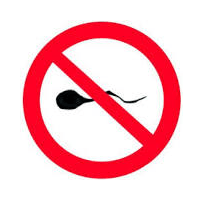 In August of 2014, a study of over 1,100 women with breast cancer (and close to 22,000 controls) conducted by the American Association for Cancer Research found that synthetic birth control use increased breast cancer risk by 50 percent when compared with those who had never used it (oral contraceptives that contained low-dose estrogen amounts did not increase risk). In Part I of this series, the dangers of hormone-based contraceptive modalities like the Pill, the Patch and Depo-Provera were outlined in detail, but just what then are the alternatives?

There ARE Alternatives to Hormone-Based, Synthetic Birth Control

For thousands of years, women and men have been using various forms of natural birth control. As far back as 3000 B.C., there is evidence of the use of fish bladders and animal intestines being used as condoms! Of course, I don’t recommend that route, but there are many other natural methods that can be just as effective as oral contraceptives for preventing pregnancy. What is more, these methods come with no side effects whatsoever, except for a deeper knowledge of the rhythms of your own body! The following are just a few of the most popular non-chemical methods for consciously avoiding pregnancy:`

Although these other methods pose less cancer risk than synthetic hormone-based birth control does, they still have their dangers, especially if they are used with a spermicide. Spermicides contain the chemical nonoxynol-9 which can lead to chronic urinary tract infections, yeast infections, skin cell death and, according to some experts, an increased risk of sexually-transmitted disease, including HIV.

Condom use without spermicide seems to be the safest choice for those who want to go the barrier route. Male condom use alone (without a spermicide) is said to have a 98 percent success rate for preventing conception if used correctly, and, according to the World Health Organization, the use of spermicide with condoms makes no difference in terms of successful pregnancy avoidance.

How to Protect Yourself If You Decide to Use Oral Contraceptives

If you decide to use hormone-dependent contraceptives despite the risk for cancer and other health problems, protect your body by supplementing with the following:

2.) Support your liver with N-Acetyl Cysteine (NAC) and Milk Thistle. These two nutrients in particular will help you detoxify carcinogenic substances from your body.

3.) Include sources of lignans, such as flax seeds, in your diet. Lignans are breast cancer inhibitors in that they actually help to bind up estrogens and inhibit the growth of blood vessels that feed tumors.

4.) Synthetic birth control depletes your body of B vitamins (especially B6, B12 and folic acid), vitamin C, magnesium and zinc, so supplementing with these essentials is a must-do!

In general, stick with a healthy breast protocol and lifestyle as much as you can if you decide to use oral contraceptives. And don’t rule out natural birth control methods down the road as a way not only to consciously prevent pregnancy, but also to empower yourself with knowledge about the natural cycles of your own amazing body!