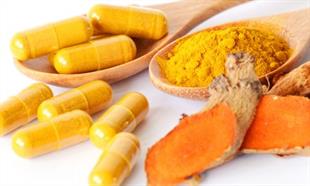 In an earlier post, I discussed the fact that curcumin has been found to be one of the most powerful natural compounds for impacting cancer growth, and I summarized the various ways in which it works. Now I want to review some of the promising research indicating which cancers respond to curcumin, what’s the best form, and how much to take.

Which Cancers Respond to Curcumin?

Recent studies on curcumin have demonstrated its unique potential as a therapeutic agent in the fight against cancer. Research has shown that curcumin helps fight at least three of the most common cancers — colon, lung, and prostate — as well as other cancers.

A 2014 German study compared the effectiveness of curcumin and 5‑Fluorouracil (5-FU), a common chemotherapeutic drug used for colon cancer.  As recovered colon cancer patient and blogger Chris Wark noted, 5-FU is “perhaps the most ironically named of all chemo drugs (also known as ‘5 Feet Under’)!”

In this study, the tumor culture was treated with either 5-FU, BCM-95 Curcumin, or a combination of 5-FU and BCM-95 Curcumin. The researchers examined the impact of the treatments on total cancer cells and cancer stem cells.  As explained by Jenny Hrbacek, RN, stem cells are responsible for resistance to chemotherapy and the recurrence of cancer after treatment. One startling finding of this study was that treatment with 5-FU actually promoted the growth of cancer stem cells!

According to study co-author Ajay Goel, PhD, Director of Epigenetics and Cancer Prevention at Baylor University Medical Center in Dallas, “colorectal cancer is especially devastating because of its high recurrence rate. Cancer stem cells exist in very small numbers in a tumor and can hide from chemotherapy… They survive [treatment] and cause cancer to reoccur, sometimes years later. I believe cancer stem cells are the main reason why we can’t stop cancer.” 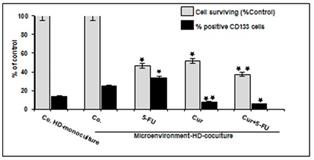 As Chris Wark explained, “this graph perfectly demonstrates what is happening in the bodies of thousands of cancer patients. Chemo treatments will shrink the size of a tumor by 50% or more, and this is celebrated as terrific progress. But meanwhile, the cancer stem cells (the real troublemakers) are multiplying. And soon after chemotherapy treatment is finished, more aggressive chemo-resistant tumors form in new parts of the body.” All too often, that is true!

Lung Cancer: In one study, curcumin was administered to mice injected with human non-small cell lung cancer.  Supplemented mice had 36% smaller tumors and nearly triple the survival percentage as compared with mice that did not receive the curcumin.  In a human study, curcumin was shown to reduce lung cancer metastasis.

Prostate Cancer: In mice injected with human prostate cancer cells, significant reduction in tumor cell growth, tumor volume and tumor weight were achieved after only one month on curcumin.  The agent inhibited tumor growth by 27% as compared with controls, and supplemented animals had a 200% increase in the time it took for their prostatic specific antigen (PSA) levels to double. PSA is a tumor marker, and elevated PSA is one indicator of prostate cancer activity.

Pancreatic Cancer: Curcumin may also be effective for pancreatic cancer. At MD Anderson Cancer Center, a phase II clinical trial with a daily oral dose of 8000 mg of curcumin was conducted in 25 advanced pancreatic cancer patients. Three patients responded, one of whom had stable disease for 18 months. In another trial of advanced pancreatic cancer patients, a combination of curcumin and the chemotherapy drug gemcitabine resulted in stable disease in four patients. Obviously, more research is needed, but how interesting it would be to study curcumin in combination with a raw, plant-based diet!

Stomach Cancer:  Reducing inflammation induced by Helicobacter pylori (H. pylori) is a critical step in preventing stomach cancer or recurrence. In a study of mice infected with H. pylori, when treated with curcumin, no inflammation was found. Furthermore, a 2011 Chinese study showed that curcumin can make human gastric cancer cells less resistant to chemotherapy.

Multiple Myeloma: Curcumin also appears to be effective against multiple myeloma. Its chemopreventive potential in MGUS (monoclonal gammopathy of undetermined significance), a high-risk condition for progression to multiple myeloma, was tested in Australian studies with promising results. In a trial at MD Anderson Cancer Center, 29 patients with multiple myeloma showed a decrease in inflammatory responses and stable maintenance of disease. The patients were given an oral dose of curcumin (2000 -12,000 mg/day) either alone or in combination with bioperine.

Other Cancers: In a 2011 study published in the Journal of Nutritional Biochemistry, 9 of 11 rats that received curcumin had a decrease in brain tumors. Studies have also demonstrated curcumin’s effectiveness against human liver cancer, endometrial carcinoma, and breast cancer, especially triple negative breast cancer. (It should be noted, however, that curcumin is not recommended for breast cancer patients being treated with the chemotherapeutic agent cyclophosphamide, because curcumin can counteract the drug’s effect.)

How Much to Take? What’s the Best Curcumin? 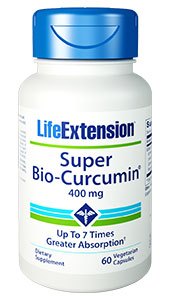 The typical suggested dosage for oral curcumin supplements is 400 – 600 mg three times daily, but researchers agree that curcumin is well tolerated and can be safely administered at much higher doses—up to 8, 10, or even 12g per day—without any toxicity. The only known side effect appears to be blood thinning, so it is not wise to take curcumin if undergoing surgery.

Unfortunately, poor bioavailability (the ability of the body to utilize curcumin products) still remains problematic, and consequently the results achieved can vary widely. Combining curcumin with natural compounds like piperine, an alkaloid found in pepper, increases its bioavailability by 2000 percent in less than an hour. BCM-95 Curcumin, the form of curcumin used in the impressive Goel study, has unique specifications, including high absorption (up to seven times more than other forms) and inclusion of turmeric essential oil, which is not found in standard curcumin. Because BCM-95 is the main ingredient in Life Extension’s Super Bio-Curcumin®, I enthusiastically recommend that particular supplement.  If you click on the link and then type in 00407 in the search bar, it will take you directly to discount pricing for the product.

Conclusion Curcumin is a safe and promising agent for the prevention and treatment of cancer. It impedes cancer growth and proliferation via multiple mechanisms, including inhibiting signaling proteins, blocking tumor cell promotion, balancing gene expression, and enhancing anticancer pathways. A plethora of laboratory studies, animal research, and clinical trials conducted over the last several decades support curcumin’s anti-cancer potential. These studies provide a solid foundation for future well-controlled studies of larger populations, and further research with more patients will help substantiate the efficacy of curcumin in cancer treatment.

[5] Goel A, Aggarwal B. Curcumin, the golden spice from Indian saffron, is a chemosensitizer and radiosensitizer for tumors and chemoprotector and radioprotector for normal organs. Nutri Cancer. 2010;62(7):919-30