Deficiency vs Imbalance: The Natural Toxins in Food

Deficiency vs Imbalance: The Natural Toxins in Food 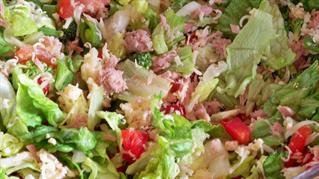 Studies consistency show that whole foods help prevent or control chronic degenerative diseases like cardiovascular disease. For every daily-serving increase of vegetables or fruit, there is about a four percent drop in cardiovascular disease. Increased consumption of vegetables and fruit lowers the risk of stroke, too, but separated nutritional supplements do not appear to “work.” D-alpha tocopherol (so-called “vitamin E”) was shown not to work the way it was expected to; it even appeared to increase some forms of cardiovascular disease. Was this due to poor data analysis? Or was it the use of one isolated chemical compound and exclusion of all other parts that naturally occur with dalphatocopherol as vitamin E complex, parts like gamma-tocopherol, tocotrienols, selenium, essential fatty acids, and other components. One separated compound can also create imbalance, even worse than deficiency. Synthetic beta-carotene, for example, seemed to increase lung cancer risk in smokers. Perhaps it was because the single manufactured compound was missing its interactive synergistic components such as lycopene, alpha-carotene, lutein, beta-cryptoxanthin, and other nutrients that naturally occur with beta-carotene in real foods! 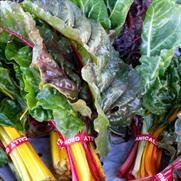 Scientists tell us that foods from nature contain toxins. True enough, in the laboratory, toxins can be found in natural foods. What we are not told is that the necessary biochemical components and co-factors needed to counterbalance, detoxify and excrete these toxins are also contained in the whole food package. Neither are we told that these toxins often serve a useful purpose. Recent studies show that some so-called food toxins aren’t so toxic after all. For instance, oxalic acid in some leafy green vegetables like beet greens, chard, kale, collards and spinach doesn’t really seem to lower calcium or iron levels as thought: foods high in oxylates are usually high in iron and calcium too, so even if some of the minerals are bound by the oxylates, some are still absorbed. Furthermore, raw or lightly-cooked greens, with enzymes like oxylase intact, will not bind up minerals. And it turns out that oxalic acid can help tone and stimulate peristalsis, or movement, of the digestive tract. When such compounds are separated from whole foods, they can disrupt the body; when they remain in whole food packages, they balance it.

A PUBLICATION OF THE CENTER FOR ADVANCEMENT IN CANCER EDUCATION

The Whole Food and Nothing But the Food
by Judith DeCava, CNC, LNC
[Adapted with permission from Nutrition News and Views, May/June 2006]