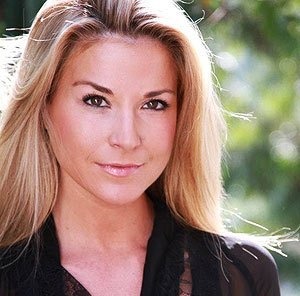 A few weeks ago I wrote about Brittany Maynard , who chose to end her life in the face of terminal brain cancer at the age of 29. A few days ago, Diem Brown, best known for her appearances on MTV’s “The Challenge,” died of metastatic ovarian cancer at the age of 32. Another beautiful young life tragically lost to cancer. Very sad, but it didn’t have to happen.

Over the course of a decade, Diem Brown battled three rounds of cancer, undergoing surgery and chemotherapy with bravado. Actually, the reality star never expected to get cancer in the first place. She was a vegetarian, didn’t smoke, and had no family history. Then, when she was diagnosed with ovarian cancer in 2003 at age 22, she really thought she could beat her disease. She apparently did in 2006. Then it recurred in 2012. “I thought I was over it. I didn’t understand, really, that it could come back again,” she said when she received her second diagnosis. After several more months of chemotherapy treatments, her disease went into remission in 2013, but in August 2014, the disease had spread to her colon and stomach, and that was the beginning of the end. She died on November 14.

While Brown was facing her own struggles, she frequently blogged about her illness on People.com and supported others in their fights. She often spoke about her disease in public and created MedGift, a gift registry website to help patients going through medical hardship obtain financial and emotional support. Chronicling her journey through fertility treatments, chemotherapy, and her quest to educate others about ovarian health, the warrior-like competitor used her personal experiences to become a patient advocate.

Diem, who once climbed an Icelandic glacier on “The Challenge,” was a passionate fighter, and her fierce fight to survive inspired many. She became known for her warrior spirit, both on and off the camera. But something clearly was missing. A fighting spirit was not enough. The love and support of her friends and family were not enough. Multiple surgeries and chemotherapy were not enough (or maybe they were too much!) So what are the lessons we can learn?

First of all, ovarian cancer is hard to diagnose, and it is often diagnosed very late. “I want to bring more awareness to ovarian cancer,” Brown had said. “It’s called ‘the silent killer’ for a reason. There’s not many symptoms, there’s not many tests you can do to find out if you have it.” One test women can request is a CA-125 level, a blood test commonly used to monitor ovarian cancer activity. If an increase in the CA-125 is found, doctors often recommend a follow-up ultrasound or scan of the abdomen and pelvis. But women also need to be vigilant about reading the signs.

According to the American Cancer Society and Mayo Clinic websites, the most common symptoms of ovarian cancer include:

Unfortunately, these symptoms are more likely to be caused by other conditions, and most of them occur just about as often in women who don’t have ovarian cancer. What makes ovarian cancer difficult to diagnose is that early-stage ovarian cancer rarely causes any symptoms, and when they do occur in more advanced stages they are often mistaken for more common benign conditions. When caused by ovarian cancer, the symptoms tend to be more persistent, more severe, or occur more often. It’s always a good idea to get checked out by a gynecologist.

Brown, like many women, made a personal choice to follow protocol. She did the standard Carbo-Taxol “cocktail” (a blend of Carboplatin and Paclitaxel). Her side effects, among others, included hair loss, extreme weight loss and a lasting metal taste in the mouth. But she did better than most; initial or first-line chemotherapy actually fails to produce a remission in more than 70% of women with ovarian cancer.

Furthermore, ovarian patients treated with chemotherapy frequently get recurrences. Approximately 40-50% of the women who do achieve remission after first-line chemotherapy experience a recurrence of cancer within three years. That is not too surprising. If you only remove the tumor and don’t address the causes, you have a good chance that the disease will come back. And if you also use a therapy that damages the immune system or leaves the body in a toxic state, there’s an even better chance of recurrence. At BeatCancer.org we help people build up their immune systems, detoxify their bodies, and prevent recurrence.

We also try to remove the cause. But what are the causes of ovarian cancer? Besides family history, they are not very well understood by science.  Yet from our experience, we have a pretty good guess: hormone imbalances, poor diet and elimination, and/or emotional issues, especially relating to mothering. And Diem did confirm some of those suspicions.

She had lost her mother early on. She desperately wanted a child so that a piece of her mother would be passed on. “For me, the desire to have a biological baby is the hope that my mom … will come alive in my child,” Brown said. To that end, she underwent fertility treatments, which may also have stimulated cancer growth.

Diem revealed other personality traits and coping styles that are often characteristic of cancer patients. “I grew up staying on the straight and narrow path because of judgment and guilt – not wanting to let people down, disappoint my parents or give any reason for my Catholic guilt to rear its ugly head,” she revealed in a People.com blog.

I’m not blaming the victim here. Diem Brown was a great warrior and a great role model for cancer patients. But she is gone. And BeatCancer.org is still here and still needed, offering empowerment for cancer patients and teaching that prevention is the cure.