Do Antibiotics Contribute to Cancer?

Do Antibiotics Contribute to Cancer? 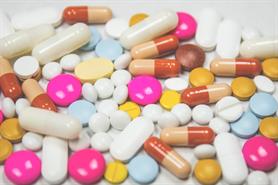 Over the last 70 years, antibiotics have been used to treat patients who have infectious diseases, according to the Centers for Disease Control and Prevention. However, these drugs have been so widely used and for so long that the infectious organisms that the antibiotics are designed to kill have adapted to the routine use of antibiotics in medicine and our livestock production, making the drugs less effective.

It is suspected that the overuse of antibiotics causes a whole range of health issues, including cancer. In fact, even on the simplest level of disease, salmonella, E. coli, and asthma are becoming almost commonplace due to bacteria become more and more antibiotic resistant.

Cancer prevention tips rarely mention antibiotics; however, there is evidence to link this relationship. Researchers at the University of Washington looked through the medical notes of more than 10,000 women and found that antibiotic usages were higher in those who had developed breast cancer.

In 2004, a study published in the Journal of the American Medical Association compared 2,266 women with breast cancer to 7,953 women without, all aged over 20. The study noted how often and over how many years these women took the most commonly used antibiotics.

This research found that the more antibiotics the women used, the higher the risk of breast cancer. The specific data for this study states that women who took 1 to 25 antibiotics over a 17-year period had one-and-a-half times a higher risk of breast cancer as compared to women who took no antibiotics.1 Even low usage seemed to carry an increased risk, although some researchers claim it could be that the women who needed the drugs had a weaker immune system.

A more extensive study of 2.1 million women, surveyed over 9 years, found that the use of any antibiotic was associated with slightly increased risk of breast cancer.2 As of yet, there is no clear reason as to how antibiotics might encourage the development of cancer. However, it is likely that antibiotics promote cancer by a few means, such as disrupting and reducing intestinal microflora (that help protect against cancer) and activating the intestinal microflora metabolism of estrogens (that encourage cancer). 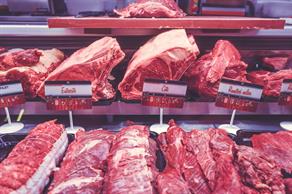 Even though you may not take antibiotics directly, you still may be consuming them through the food you eat. Shockingly, the meat industry uses up to 80 percent of all antibiotics sold in America. Livestock animals are given antibiotics to spur growth and prevent illness due to their poor living conditions. The antibiotics protect the animals against known strains of bacterial infection.

A mutated form of bacteria could resist the antibiotic, contaminating the meat that infects the human, once ingested. The same antibiotic later given to the human will no longer have an effect, as the pathogen has already become immune. This vicious cycle of antibiotics in animal agriculture is widening the spread of superbugs that are immune to common drugs.

Since there is a direct link, to limit our risk of cancer it is recommended to reduce or eliminate your intake of meat. You can also lower your exposure to antibiotics by:

We work to Beat Cancer with a healthy diet and natural lifestyle choices. With our assistance, you can take active steps to improve your health.