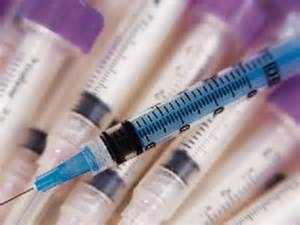 Health economist Austin Frakt wrote recently in the New York Times (Dec. 28) about why preventing cancer is not the priority in drug development. Although most people would agree that it would be better to prevent cancer than to treat it once it develops, economic incentives encourage researchers to focus on treatment rather than prevention. Big surprise!

Sadly, there’s more money to be made investing in drugs that will extend cancer patients’ lives by only a few months than in drugs that would prevent cancer in the first place. And let’s be clear: Hormone-modulating drugs, immunotherapeutics and biologicals – drugs that mimic healthy biological responses to cancerous cells — are the only new drugs we should be talking about. We all know that in general, you can’t prevent cancer with a drug, because cancer is not a drug deficiency disease; most cancers are nutritional deficiency and immune deficiency diseases. So we should still be talking primarily about environment and lifestyle.

But yes, less time equals more dollars for the pharmacuetical companies. The clinical trials necessary for the Food and Drug Administration (F.D.A.) to approve drugs for commercialization take years. Explained Frakt, “To secure F.D.A. approval, after patenting a drug, drug companies race the clock to show that their product is safe and effective. The more quickly they can complete those studies, the longer they have until the patent runs out, which is the period of time during which profit margins are highest. Developing drugs to treat late-stage disease is usually much faster than developing drugs to treat early-stage disease or prevention, because late-stage disease is aggressive and progresses rapidly. This allows companies to see results in clinical trials more quickly, even if those results are only small improvements in survival.”

To speed up the commercialization lag, most cancer drugs in recent years have been approved on the basis of “surrogate endpoints” — indications of improved health that can be measured more quickly than survival, like cancerous white blood cell counts and bone marrow characteristics in leukemia studies. These measures are highly correlated with survival, so they are a reliable way to speed up leukemia drug trials.

However, a majority of surrogate endpoints have unknown or no beneficial survival effects. For example, the prostate-specific antigen (PSA) blood test level is correlated with the amount of prostate cancer but has limited value in predicting prostate cancer survival. A 2015 review published in the Journal of the American Medical Association found that most surrogate endpoints examined in cancer drug trials are weakly related to survival.

In fact, most approved chemotherapeutic drug responses do not correlate with survival. According to oncologist Dr. Graehme Morgan, chemotherapy only cures (that is, provides a five-year survival advantage for) about two percent of adult patients with advanced cancer.

So, bottom line, while pharmaceutical companies are spending (and bringing in) billions of dollars on cancer drugs, both known and as yet unknown, prevention is still the cure!