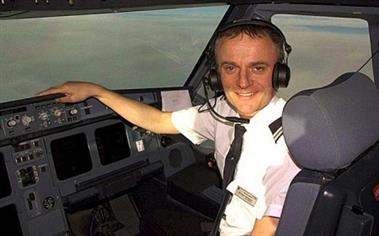 Thanks to my grueling travel schedule all year, I finally accumulated enough frequent flyer miles for me and my husband to fly roundtrip to Amsterdam the end of August. Then, after Labor Day, my cycle of airport hopping began again! Considering how much travelling I do by plane, I am aware of the need to work hard to minimize damage to my body from jet lag and radiation exposure. But now there is a new concern for frequent fliers — or rather new information about an old one, and this one is more deadly.

My appreciation to my colleague Jonathan Landsman (NaturalHealth365.com) and his staff writer Lori Alton for sharing some of the following disturbing information on aerotoxic syndrome in their Natural Health Bulletin under the post “Toxic oil from jet engines poisoning passengers and crew for decades.”

What Is Aerotoxic Syndrome and What Causes It?

First named in 1991 by French scientist Dr. Jean-Cristophe Balouet, aerotoxic syndrome refers to illness caused by exposure to contaminated air in jet aircraft. The problem actually dates back to the 1960s, when jets changed from a fresh air source to a 50/50 mix of recirculated cabin air and “bleed air” direct from the engines. The use of bleed air allows heated lubricants to come into the cabin in the form of toxic vapors from neurotoxic and carcinogenic organophosphates (used in pesticides and nerve gas, and banned by the EPA for residential use in 2001 because of known toxicity!), as well as other toxins such aldehydes and carbon monoxide. A 2013 broadcast on 60 Minutes called this “the airline industry’s darkest secret.”

To keep oil and air separated, airline manufacturers insert wet seals, but these seals can wear out and become less effective over time. Unfortunately, in 1978, the requirement for wet seal replacement was extended from 5,000 flight miles to 30,000 flight miles. As the seals wear out, a slight leakage of oil vapors can get into the bleed air, especially during takeoff and climbing. This may produce a foul-smelling odor like that of sweaty socks, smelly feet or a wet dog. The seals can also fail suddenly, allowing large amounts of oil into the very hot, compressed bleed air, causing a bluish haze or smoke to enter the cabin. This phenomenon, known as a “fume event,” occurs most commonly in two types of aircraft, the Boeing 757 and the BA 146.

Toxic cabin air and fume events can cause temporary discomfort for occasional passengers or trigger serious health consequences for frequent fliers and airline crew. Effects can be acute and short-lived or chronic and long-lasting and can start immediately or a few days after flight. Exposure to fume events can be cumulative, debilitating, and deadly.

If you become suddenly violently ill on a plane – or if you have symptoms after deplaning, such as headaches, flu-like symptoms or disorientation – it may not be old-fashioned, run-of-the-mill “airsickness” or “jet lag.” If you have noticed symptoms of chronic fatigue, depression or a nervous disorder similar to Parkinson’s disease occurring soon after a flight, you could be a victim of aerotoxic syndrome.

Equally alarming, particularly in regards to aircraft crew, are the disorientation, feelings of intoxication and deficits in cognitive brain function that can accompany chronic aerotoxic syndrome. Pilots with central nervous system damage due to frequent exposure to organophosphates may have impaired judgment or become incapacitated during flight, effects that are especially dangerous in an emergency.

Richard Westgate, a senior first officer and British Airways pilot, died in 2012 at age 43 after claiming he had been poisoned by toxic fume events in his cockpit just before takeoff. Westgate suffered from pain in the head, ataxia (a neurological condition that affects balance and coordination), memory loss and severe fatigue. Three scientists who examined his blood tests concluded that he died of “organophosphate-induced neurotoxicity”.

Stanhope Payne, the British senior coroner who examined Westgate’s body, confirmed that toxic fumes in cabin air pose a health risk to frequent fliers and aircrew. In his report to the chief Executive Officer of British Airways and the Chief Operating Officer at the Civil Aviation Authority (CAA), Payne called for “urgent action to prevent future deaths.” His landmark report — the first time a British coroner has recognized “aerotoxic syndrome”– affirmed that (1) “organophosphate compounds are present in aircraft cabin air”; that (2) “the occupants of aircraft cabins are exposed to organophosphate compounds with consequential damage to their health”; and that (3) “impairment to the health of those controlling aircraft may lead to the death of occupants.” He concluded that toxic cabin air has caused the deaths of at least two pilots and numerous other incidents in which pilots passed out
in flight. According to Mr. Westgate’s lawyer, Frank Cannon, this might explain mysterious air crashes in which “we suspect the only plausible explanation is that the crew were suffering from cognitive dysfunction.”

Similarly, former British Airways pilot Captain Tristan Loraine claims toxic air poisoning forced him to leave his job only a year after completing an Iron Man triathlon. About 10 medical experts testified to the CAA that he was suffering from ill-health effects of contaminated air, including peripheral neuropathies and memory loss.

Dr. Peter Julu of the Breakspear Medical Group has seen similar patterns of neurotoxic damage in 19 pilots he examined. All complained of memory loss, tremors, lethargy and poor cognitive function, and had damage in areas of the brain that control vital bodily processes, mirroring symptoms seen in
farmers exposed to organophosphates. Huffington Post writer Marcia Yerman recently wrote that “the scariest piece of the whole equation is that the toxins being ingested by pilots can result in ‘cognitive deficits,’ thereby putting the safety of the whole plane in jeopardy.”

Moreover, pilots could be affected by aerotoxic syndrome and not know it or not report it. The syndrome may be kept quietly hidden not only by the airline industry but also by affected crew. According to Professor Jeremy Ransden, formerly of Cranfield University, “If individuals flag up their health problems, their pilot’s licence may be withdrawn, and if the problem becomes more widely known to the public, plummeting passenger numbers and liability suits may force airlines into bankruptcy. This in itself raises a safety issue, for it implies that there are currently pilots flying with damaged central nervous systems, who might be well able to cope with routine flights, but adversely challenged by any sudden emergency.”

Although the airline industry is still in denial, a spokesman for the International Transport Workers’ Federation said: “There is growing published evidence of the toxicity of these oil fumes and the increase in reported fume incidents in which flight safety was compromised because of crew member impairment.”

In my next post, I will answer two crucial questions: How common are fume events and what can be done about them. Stay tuned.

[7] Gilligan A .Warning over toxic fumes in plane cabins, The Telegraph Nov. 15, 2016. http://www.telegraph.co.uk/news/aviation/11427509/Warning-over-toxic-fumes-in-plane-cabins.html