Food Synergy – The Art of Matching and Combining

Food Synergy – The Art of Matching and Combining 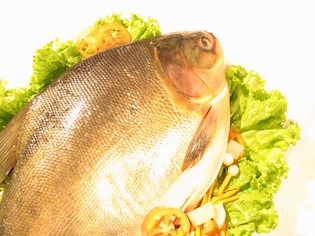 Fish is good for you and broccoli is good for you. Fish with broccoli must be twice as good, right? Actually, together just looking at two nutrients, the selenium in fish and the sulforaphane in broccoli they are up to 13 times more effective than either nutrient alone. This is food synergy: food components working in concert to produce a symphony of health benefits. And because other examples of this type of cooperation between food factors have been identified, the focus in nutrition research is shifting. The old way was to look for one variable, but now scientists are looking at the synergy of dietary patterns. For example, vitamin C increases absorption of iron, giving food combinations like red peppers with quinoa or steak a new power image. Inulin, a type of carbohydrate found in bananas, provides nourishment for beneficial bacteria such as yogurt’s bifidus, which aids digestion and boosts immune function. Innumerable synergies have yet to be discovered. You don’t find a single nutrient in a single food; foods comes as packages of nutrients, and the nutrients we know about don’t tell the whole story.

Several studies have shown a connection between consumption of vegetables and fruits and body weight. People who eat plenty of produce have lower weights, where as those who consume only a little have higher weights. In a study that boosted participants’ intake of fruits and vegetables by four servings a day, there was a 24 percent lower risk of obesity man for those who cut their fruits and veggies by two servings a day.