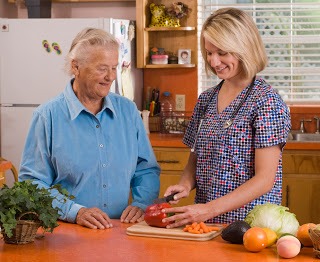 The incidence of cardiovascular disease (CVD) and cancer rises dramatically with age as immune function declines. Recently, development of atherosclerosis has been attributed to the oxidation of low-density lipoprotein (LDL). The imbalance of antioxidants and free radicals may be a contributing factor that further impairs immune function in the aged and leads to an inappropriate induction of the inflammatory response. Preventing immune damage with antioxidants may be a way to decrease CVD risk. Additionally, initiation of cancer cells may also be a result of free radical damage and poor antioxidant status. As natural killer (NK) cells are capable of eliminating cancer cells, impaired NK cell cytotoxicity in the elderly may be another event that increases cancer risk.

Epidemiological evidence suggests a beneficial role of dietary fruits and vegetables in reducing risk for cancer and CVD. The observed inverse relationships between fruit and/or vegetable consumption and lung cancer, colorectal cancer, total cancer mortality, and CVD have been attributed to dietary antioxidants found in produce, such as beta-carotene and vitamin E. Vitamin E has been shown consistently to improve cellular immunity in rats and mice. Similarly, beta-carotene increased the in vitro stimulation of mouse splenocytes. However, the evidence is not as convincing for humans. Interestingly, no decrease in the incidence of disease was observed with supplemental beta-carotene, and, in fact, increased risk of lung cancer was observed in smokers who took beta-carotene and vitamin E supplements. Whether these latter studies failed to supplement with the optimal dosage, whether they were flawed in some other way, or whether other protective factors are present in fruits and vegetables that are not present in fractionated supplements, remain to be answered.

There is no reason to believe that essential antioxidant vitamins are the only constituents in plants that have health-promoting benefits; research evidence points to the contrary. Therefore, current public health messages encourage increasing consumption of fruit and vegetables to at least five servings per day instead of promoting supplement use. Unfortunately, consumption has not changed, despite such strong recommendations. It is particularly low among adolescents and among patients with increased risk of colorectal cancer. Furthermore, large discrepancies have been seen between self-reported and actual fruit and vegetable intake, as individuals tend to overestimate their actual intake. Thus, dietary recommendations tend to be ineffective. We have therefore used fruit and vegetable extracts to supplement dietary intake. Because increasing consumption of fruits and vegetables tends to be difficult, perhaps supplemental extracts could be a way to provide some, or all, of the benefits supplied by fruits and vegetables themselves.

The aim of the current study was to determine the effect of supplementation with fruit and vegetables.