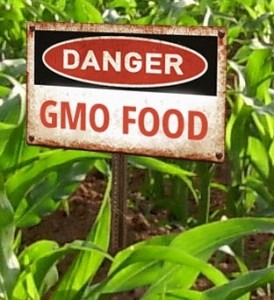 In 1996, Canada approved the commercialization of genetically modified organisms (GMOs), paving the way for GMO commercialization worldwide. This approval, however, was granted with very little knowledge of how these genetically modified plants affect humans and animals. More recently, GMOs have become a popular topic worldwide, sparking an even greater debate on whether or not GMOs are safe for human or even animal consumption.

In 2012, a paper published by researchers at the University of Caen in France entitled ”Long Term Toxicity of Roundup Herbicide and a Roundup-Tolerant Genetically Modified Maize” caused an uproar in the scientific community and called for additional research on the safety of GMOs. The report, which was published in Environmental Sciences Europe, underwent and passed a thorough peer review process before its first and second publications. Prior to this article, very little research had been completed to determine the effect that GMOs might have when consumed over time.

The two-year study, which evaluated the health effects on rats of GMO maize (corn) treated with the Roundup herbicide, produced surprising results. According to the paper, not only did all treatment groups show signs of severe liver and kidney damage, but also tumors occurred as early as four months into the study, with the majority of tumors present at 18 months.  In females, large mammary tumors developed more frequently and earlier than controls and led to a two- to threefold increase in mortality. In addition to these findings, the results of the feeding study did not seem to be dependent on the dose provided. Death occurred even in rats receiving the lowest dose of Roundup-tolerant GM maize in their diets, with or without additional application of Roundup.

Although that feeding study was eye opening, it isn’t the only study that looked into the possible effects of GMOs. A long-term toxicology study published in Organic Systems by Dr. Judy A. Carman and her colleagues focused on the effects of feeding a GMO soy and GMO maize diet to standard commercial piglets. The researchers fed GMO soy and maize to piglets for 26 weeks. Although there was otherwise no difference in food intake, the pigs that were fed a GM diet showed signs of significant stomach inflammation at 2.6 times higher levels than the non-GM fed pigs. Additionally, the female pigs that were fed a GM diet had median uterine weights that were 25 percent greater than the non-GM fed pigs. Why is uterine weight important? According to the study, this could indicate the presence of several potential health issues including the presence of polyps.

Although studies pertaining to the effects of GMOs on humans are not available, the studies completed on the subject have shown negative health effects on animals, suggesting that GMO products could negatively impact human health. The possibility for inflammation, polyps, liver and kidney issues, tumors, and even premature death after GMO consumption, makes it clear that a non-GMO diet could be beneficial to overall health and may even act to prevent potentially life threatening illness. Until non-organic products are held to the same standard as organic products where GMOs are concerned, certified organic is the best option to be certain that a product is non-GMO.

As we continue to learn about the potential effects of GMO products on our health, interest in understanding how we can avoid GMO products in the USA has increased. Since the USA does not require GMO labeling, it can become difficult for concerned shoppers to differentiate between GMO and non-GMO products. If you are a concerned shopper looking for ways to identify non-GMO and GMO products, the below tips may be useful.

Luckily, for worried shoppers, the United States Department of Agriculture understands the concerns that consumers have when it comes to GMO food and products. Additionally, they are empathetic to consumers that take the term “organic” seriously. If the above image appears on any food labels then it is guaranteed that the product is not only organic but also GMO free. According to the organization’s website, this symbol is the result of the USDA National Organic Standards which were created to provide regulations and guidance on the certification, production, handling and labeling of organic products.

TIP # 2: Search for the Non-GMO Project on labels.

The Non-GMO project offers third party verification and labeling for non-GMO food and products. Additionally, their website educates consumers and even offers a database of alternative, verified non-GMO products. Search by category, brand and name in order to find non-GMO food and products to make shopping easier. If you are interested in learning more about identifying GMOs, then I highly suggest visiting their website.

TIP # 3: Avoid certain crops and foods made from them.

Even though non-GM food products are available, there are certain items that are commonly GM. These crops are corn, soybeans, cottonseed (used to make vegetable oil, margarine, and shortening), alfalfa (used for animal feed), canola, U.S. grown papaya, sugar beets (used to make sugar), yellow squash, and zucchini. To learn about more GMO items, take advantage of the non-GMO Project database that was mentioned in tip number three.

On July 23, HR 1599 passed the House of Representatives.  Designed to completely override states’ rights to pass GMO labeling laws, the “The Safe and Accurate Labeling Act of 2015” –which does the exact opposite of safely and accurately labeling by removing any requirements for producers to inform consumers about GMOs in their foods — has been dubbed by opponents as the DARK (“Deny Americans the Right to Know”) Act. In addition to preempting states’ rights to label GMOs, the latest version wipes out all state and local laws that regulate the growing of GMO crops and weakens federal oversight of all GMO crops and food.

Polls consistently show that over 90% of Americans want the government to require labeling of all GMO-containing foods. More than 30 states have introduced or worked on laws to require mandatory labeling of GMOs in the face of massive infusions of money and misinformation from Big Ag and Big Food producers. Currently, 64 countries around the world require labeling of GMO foods, including 28 European nations, Japan, Australia, Brazil, Russia and China.

This dangerous bill has already passed in the House. Before a companion bill gets introduced in the Senate, it is urgent that you contact your senator and let him/her know where you stand on this anti-consumer, anti-democratic, anti-environment legislation. Look up your senator by state or call the Capitol switchboard at 202-224-3121 and demand a NO vote on HR1599 and YES on GMO food labeling. For more information, check out the Organic Consumers Association

[3] Just Label It Campaign (2015) Labeling around the world. Available at http://www.justlabelit.org/right-to-know-center/labeling-around-the-world/ [Accessed 22 July 2015].