Health Value of Sprouts: The Legacy of Steve “Sproutman” Meyerowitz

Health Value of Sprouts: The Legacy of Steve “Sproutman” Meyerowitz 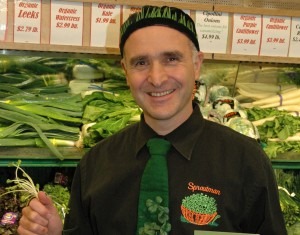 September was a bad month for natural healing. On September 9, Steve “Sproutman” Meyerowitz died in a car crash. For over 40 years, Steve taught the world about the health benefits of juicing, eating sprouts, and living a healthy lifestyle. He was a favorite speaker at our annual Food & Health Expo. Here I am writing yet another obituary — but this obit is going to end in a very uplifting and informative way.

Along with Steve, Jonathan Landsman, editor of NaturalHealth365.com , produced a video called “Sprout Health,” available for viewing on his site. According to Jonathan, “Steve was a warmhearted, compassionate and intelligent man – who dedicated his life to helping others live disease-free.”

Steve Meyerowitz was also a wellness pioneer, a passionate educator, a prolific author, an entertaining speaker, and an innovative entrepreneur. In 1977, the same year I founded the Center for Advancement in Cancer Education, Steve founded Sproutman®, a company which created and distributed high quality sprout-specific seeds and uniquely designed home sprouters.

Since I often would receive informative emails from Steve, I thought it fitting to share one of his wonderful articles about sprouting and cancer. 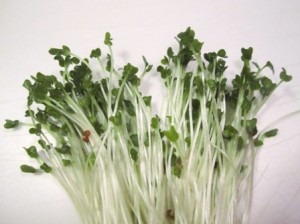 For a long time, we’ve known that sprouts are really healthy. But what exactly does that mean? Does it mean vitamins? Sure, sprouts have plenty of them. As baby vegetables, they tend to be more nutritionally concentrated. In fact, the seed contains everything the new plant needs for its development into a mature vegetable. In this respect, you could call sprouts nutritionally dense vegetables. For example, radish sprouts have 40X more (391 IU) pro-vitamin A than a mature, organic radish vegetable (8 IU). The vitamin C in green peas jumps 5X from 1.5mg to 10.4mg after just three days of sprouting. And while the vitamin C content in raw spinach (28.1mg) is similar to that of radish sprouts (28.9mg), the niacin content of radish sprouts (2.85mg) is four times greater than that of spinach (0.72mg).

But a food’s nutrition is more than its quantity of vitamins and minerals. The real healing potential in a vegetable lies in its phytochemical content. These are plant compounds such as antioxidants, bioflavonoids, carotenes, phytosterols, glucosinolates, sulphorophanes, isoflavones, phytoestrogens, polyphenols, etc. These are especially abundant in the embryonic or “sprout” stage in plants.

Oriental mustard and broccoli are two of the most potent anti-cancer agents found in the plant kingdom. This is not hyperbole but university research, documented by hundreds of studies from 13 countries worldwide. Eat these super sprouts daily as preventive medicine and tell everyone you know who is fighting this disease.

All sprouts have phytochemicals, but the most dramatic examples come from the crucifer family of vegetables such as broccoli, cabbage, radish, kale, mustard, kohlrabi, etc. Starting in 1992, scientists at Johns Hopkins University examined the anti-cancer activity of a group of enzymes called glucosinolates.

“In animals and human cells, we have demonstrated, unequivocally, that this compound can substantially reduce the incidence, rate of development and size of tumors,” stated Paul Talalay, PhD, chief research pharmacologist, Johns Hopkins University. Talalay found that at only five days growth, broccoli sprouts contained 50-100 more glucoraphanin than the mature broccoli vegetable.

Although broccoli sprouts have been the most studied, all the crucifers contain glucosinolates. So don’t stop enjoying the sprouts of kale, cabbage, radish, mustard, etc. The glucophanin in these sprouts converts to sulphorophane upon digestion. This is the enzyme that blocks the alpha receptors on cancer cells, cutting off their nutrition and halting growth. But the research on sprouts also extends beyond cancer to diabetes, cholesterol, ulcers and much more. See Sprouts the Miracle Food to get the full story and research references on the healing potential inside these embryonic plants.

“The best pharmacy in the world is the one that grows medicine in your kitchen. It’s your Kitchen Farmacy!”