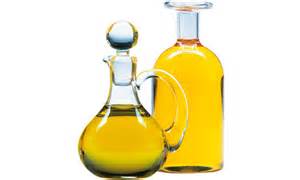 A few months ago, on July 29, the British Broadcasting Channel aired a special report on the healthiest cooking oils, as researched by scientists at De Montfort University in Leicester, UK.  I’ve been writing and lecturing about choosing healthy fats for many years, but even I was surprised by some of the results.

The BBC asked De Montfort Professor Martin Grootveld, professor of bio-analytical chemistry and chemical pathology to help investigate the “healthiest” oils to cook with for its “Trust Me, I’m a Doctor” series. Ironic show title, right? From my point of view, I would not automatically take the first health advice I received just because someone was medically trained, and that is even more true of advice about nutrition from a doctor who did not study it in medical school.

Back to the research. Volunteers were given sunflower oil, vegetable oil, corn oil, cold-pressed rapeseed oil, olive oil, butter, goose fat and lard and asked to use them in every day cooking. All leftover oil was then collected and sent to DMU’s labs to be analyzed. Before I say any more about the research, let’s talk about one of the oils in the experiment, rapeseed oil.

Is Rapeseed Oil the Same as Canola Oil?

I want to clarify some of the confusion about the difference between canola oil and rapeseed oil. People often confuse them, first because both originated from the rapeseed plant, and second because they are often labeled incorrectly outside of Canada and the United States. However, canola and rapeseed do have a couple of key genetic differences. In the 1970s, canola was created through plant cross-breeding specifically to get rid of two components of rapeseed, glucosinolates and erucic acid. The latter was removed because it was believed to be inedible or toxic in high doses.  I’m not sure why the glucosinolates were removed (other than their sharp taste) because they are generally very healthful.  The newly developed plant was renamed “canola” (a combination of “can” for Canada, and “ola” for “oil low acid”). By definition, if a seed is labeled “canola” it has to have less than 30 micromoles of glucosinolates and less than 2% of erucic acid.

Now why did the researchers study the leftover cooking oil rather than the original oil? Because expressed concentrated oils are very labile. That means they are unstable and break down very quickly when exposed to air, light, and especially heat. When they do, they oxidize and turn rancid, producing lipid peroxides and generating free radicals that damage cellular DNA in ways that can promote cancer. Specifically, when fats and oils are heated their molecular structure changes, yielding chemicals called aldehydes that may cause heart disease and cancer.

In Grootveld’s opinion, “Sunflower and corn oil are fine as long as you don’t subject them to heat, such as frying or cooking. It’s a simple chemical fact that something which is thought to be healthy for us is converted into something that is very unhealthy at standard frying temperatures.” For my part, I still don’t recommend those oils even when unheated because they are high in omega-6 fats which suppress immune response. Corn oil is also heavy in GMOs

Dr. Grootveld recommended olive oil for frying or cooking: “Firstly, because lower levels of these toxic compounds are generated, and secondly the compounds which are formed are less threatening to the human body.”

An August 20 article in the Huffington Post on “Which Is the Healthiest Oil for Cooking?” reached a similar conclusion. Doctors Travis Stork and Jennifer Ashton ranked vegetable oil, canola oil, olive oil and coconut oil in order of safety. They explained, as I have said, that certain oils at certain temperatures can oxidize and produce the free radicals that we’re trying to combat. According to these doctors, the fats ranked as follows:

“Vegetable Oil” (usually soybean oil or corn oil) was ranked the lowest.  It is high in polyunsaturated fat, which means when you heat it and cook it, it oxidizes very quickly. About 85 percent of what’s labeled “vegetable oil” in the United States is pure soybean oil. The other 15 percent is likely to be a blend of soy and other oils like corn, canola, soy, peanut, olive, sesame, safflower, coconut, sunflower, cottonseed, or palm oil.

Canola Oil is only 15 percent saturated fat (the lowest in saturated fats of all commonly used oils), so the doctors considered it a bit of an improvement over vegetable oil. However, I don’t recommend canola oil, because it is highly processed, industrial grade and almost 100% genetically engineered.

Olive Oil was ranked quite high because it promotes heart health and increases good cholesterol. Nonetheless, while it is fairly stable at medium temperatures, if you go above 350 degrees while cooking, it will start to break down, so it is still not the best choice.

Coconut Oil is solid at room temperature.  When you’re cooking with high heat, the doctors recommended using coconut oil. It’s the highest in saturated fat, which makes it the most stable.

In my opinion, limited amounts of olive oil, avocado oil, grape seed oil, and saturated fats like butter and coconut oil are actually quite good for you. I’d skip the lard, though. In a perfect world, we don’t consume expressed oils at all, or if we consume them, we never heat them. In fact, in a perfect world, we consume all raw food. But it’s difficult to do everything perfectly, so do the best you can. At least, choose your oils wisely and heat them as little as possible.