How to Prevent Cancer: Part One

How to Prevent Cancer: Part One 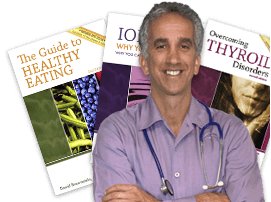 Several months ago, Dr. David Brownstein offered a free webinar in conjunction with Newsmax Health on How to Prevent Cancer.  What follows is a partial transcription; more will follow. With the lifetime cancer rate in the US now at 1 in 2.5 persons, this series is a Must-Read! It sums up the entire philosophy of BeatCancer.org and everything that we have been talking and writing about for over 35 years.  Although the webinar primarily discusses cancer prevention, it is equally valuable for preventing recurrence. The informative explanations are also important for patients currently fighting cancer who want to understand how to activate their immune systems.

Here is how Newsmax introduced the webinar:

“You have cancer” are three words you NEVER want to hear from your doctor . . . because it means a world of suffering, and, for too many, death.  Unfortunately, over 5,000 people in North America do hear those words — every single day -– almost two million per year. Even worse, cancer has become the second leading cause of death for Americans.

One of America’s foremost holistic health practitioners, David Brownstein, MD, has spent much of his medical career studying cancer and learning the best ways to avoid becoming its victim.  Prevention is more important than ever before because, as Dr. Brownstein will tell you, contrary to cancer industry propaganda, we are NOT winning the war on cancer. Far from it. Conventional cancer treatments have been a dismal failure.

Dr. Brownstein has recently released a video documentary revealing some of his startling findings, five specific signs that you will be diagnosed with cancer during your lifetime, and seven ways to prevent it.

According to Dr. Brownstein, nearly all of us have cancer cells in our bodies at various times during our lives and we don’t even know it. The trick is to avoid letting those cells multiply and overwhelm the body’s natural defenses. A healthy body and a strong immune system destroy emerging cancer cells before they can create the life-threatening disease.

You and your loved ones do not need to become cancer victims. With the simple strategies revealed by Dr. Brownstein, you can take steps to prevent this deadly disease, or even reverse it. And that’s why we’re thrilled at Newsmax Health to bring you an extraordinary presentation — How to Prevent Cancer — by Dr. David Brownstein.  His valuable guidance on preventing cancer can literally save your life, and the lives of those you love!

Common Problems that Can Lead to Cancer

My goal is to empower you to take charge of your health, and not become a cancer victim because of a lack of basic cancer-prevention knowledge. Why listen to me on this subject? I’m a US-trained medical doctor with a private practice in West Bloomfield, Michigan, and I have had tremendous success restoring the health of patients who have come to me after conventional medicine has failed them.

Routinely, I find my new patients have key nutrient deficiencies and hormonal imbalances, usually as a result of eating the Standard American Diet. I refer to it as the SAD diet. This diet can predispose you to many nutrient and hormonal imbalances and can lead to a devitalized body.  I also find they have been exposed to an overload of environmental toxins in food, water, air, and consumer products, and these exposures are suppressing and disrupting their immune systems.

What’s more, their bodies have been damaged by harmful and unnecessary drugs.  And finally, they’ve been misinformed by the government, the media, and most egregiously, by a medical establishment controlled by the pharmaceutical industry.

The human body is a wonderful machine, but all of its millions of cells must function together harmoniously, and not be inhibited, harmed, or thrown into chaos. If they are, it sets the stage for chronic illnesses such as cancer to develop. You see, in order to significantly lower your risk of getting cancer, it is important to have your immune system function at optimal levels. That’s what I’m going to show you.

Let’s begin with some facts the “Cancer Industrial Medical Complex” doesn’t want you to know.

In North America, we expect to see 1,825,400 new cases of cancer this year, and, sadly, a large percentage of these people will die from it.  Each year, I receive the annual report from CA: A Cancer Journal for Clinicians, a summary of cancer statistics in the United States dating back to 1930. The most shocking chart shows the annual age-adjusted cancer death rates among men and women, and the sad truth is cancer death rates are mostly unchanged in 80 years!

Surprised? Most people are. All the drug industry propaganda claims that we’re making real progress in the war against cancer. But look at the facts . . .

For males, since 1930, the only bright spot has been the decline in deaths for stomach cancer. The death rate for colon cancer is unchanged . . . for prostate cancer it’s increased. . . and for lung cancer it’s significantly increased.

For women, while the death rates for colon, uterine, and stomach cancer have declined slightly,the rates are essentially unchanged for breast cancer, and they’ve dramatically increased for lung and ovarian cancers.

For both men and women, the rates for thyroid cancer are rising at epidemic rates.

Conventional medicine would have you believe that chemotherapy, radiation, and surgery are effective treatments for cancer. But nothing could be further from the truth.  The “Cancer Industrial Medical Complex” has wasted 80 years and an untold fortune on research aimed at killing cancer once it has been detected. But once cancer is detected, it is often too late for many patients.

Meanwhile, almost no money has been spent on research for cancer prevention, or even searching for the underlying causes of cancer. And I can assure you doctors are not taught anything about this in medical school.

There is one aspect of the “cancer treatment story” that is an unqualified success — and that’s the cancer industry’s billion-dollar profits. Keep in mind that chemo drugs can cost$10,000, $20,000, even $30,000 a month. The treatment costs for just the top six cancers have topped $56 billion annually, and total cancer care now exceeds $110 billion annually.

Regardless of how you view that, a very serious problem with cancer drugs has come to light. A recent study at the Fred Hutchinson Cancer Research Center in Seattle startled its researchers when they discovered that chemotherapy causes healthy cells to “secrete a protein that sustains cancer tumor growth” and creates resistance to further treatment. This explains why chemotherapy initially appears successful, only to prove ineffective when the cancer returns, often with a vengeance.

Likewise, surgery and radiation might remove or kill some cancer cells, but it’s impossible to get them all, and the remaining cells are left to multiply and spread.

Let me be blunt about this. Cancer is not caused by a deficiency of chemotherapy. There are underlying causes that are NOT being addressed by conventional medicine.

We know that in the cancer process an abnormal group of cells fail to complete their normal life cycle and die on schedule. Instead, they live on, multiply and spread.  A healthy cell has a predetermined life cycle. It divides several times and then dies. Cell death is called apoptosis. Healthy cells eventually experience apoptosis and are replaced by new cells.  Cancer cells are abnormal and keep dividing, skipping the necessary step of apoptosis. And as it multiplies, it forms a tumor, and then parts of it break off and metastasize throughout the body.

The only difference between a healthy person who never gets a cancer diagnosis and a sick person who does is that the former has a healthy body and strong immune system, while the latter does not.With this in mind, the goal for any cancer prevention or treatment program should be to avoid those things known to cause cancer, and to create the healthiest possible body with an optimally functioning immune system.

In my next article, I will discuss 5 signs you will get cancer, and 7 ways to prevent cancer.

Dr. David Brownstein is a board-certified family physician, the Medical Director of the Center for Holistic Medicine in West Bloomfield, MI, and one of the nation’s foremost practitioners of holistic medicine.  A graduate of the University of Michigan and Wayne State University School of Medicine, Dr. Brownstein is a member of the American Academy of Family Physicians and has been honored by the American College for Advancement in Medicine and the American Academy of Integrative Medicine. Dr.Brownstein Is the author of 11 best-selling books and the editor of a monthly health advisory Natural Ways to Health, available by subscription.