How to Prevent Testicular Cancer

How to Prevent Testicular Cancer 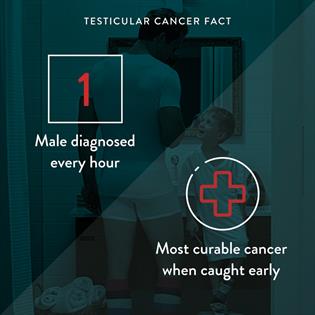 Testicular cancer is a highly curable cancer that develops in the part of the male reproductive system known as the testes. Testicular cancer is the most commonly occurring cancer in American males between the ages of 15 and 35, but it can occur in older men as well. For several decades, the incidence rate of this cancer has been increasing in the United States and many other countries. This year, an estimated 8800 men in the United States will be diagnosed with the disease.

Testicular cancers vary in type: Seminomas are a slow-growing form of testicular cancer typically found in men in their 30s and 40s and usually limited to just the testes. Non-seminomas (such as teratomas, embryonal carcinomas and choriocarcinomas) are often made up of more than one cell type and tend to grow more quickly and spread. Nearly all testicular cancers begin in the germ cells — the cells in the testicles that produce immature sperm. What causes germ cells to become abnormal and develop into cancer is not clear.

As for all cancers, early detection is key. Besides going for regular medical checkups, testicular self-exams can help detect the disease early when it is highly curable. Doctors recommend that men perform the exam during or right after a warm shower or bath, which relaxes the scrotum. It is normal for one testicle to be slightly larger or hang slightly lower than the other, but other signs may be abnormal, and knowing them can help facilitate early detection. Men should take notice of any of the following signs:

When detected early, testicular cancer has one of the highest cure rates among all cancers – in fact, average five-year survival can be as high as 99%, depending on how early the cancer is detected.

Early detection, of course, is not the same as true prevention. It’s not clear what exactly causes testicular cancer, but some of the known factors that may increase your risk of testicular cancer include:

How Can Men Prevent Testicular Cancer?

Because there is little or nothing men can do to change most of the above risk factors, it is often thought that it is not possible to prevent testicular cancer. However, as with all cancers, there are definite steps one can take to help prevent cancer of the testes. Such steps include:

Other ways to prevent testicular cancer include general healthful measures like:

In sum, we recommend healthful lifestyle approaches to help to build up the body nutritionally and immunologically and to make it as inhospitable to cancer as possible. For guidance in any of these areas, men can set up a no-fee telephone consultation with one of our counselors.