More on Sugar and Cancer

More on Sugar and Cancer 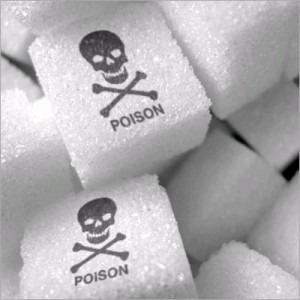 I have received many comments in response to my article 5 Reasons Cancer and Sugar are Best Friends. Two responses in particular challenged what I wrote. Cyndy questioned,

“Numerous medical entities state sugar does not speed up the growth of cancer, nor does cancer recede or slow down if sugar is removed from the diet. So, can you please explain why you are stating the opposite to their research?”

“Why do you disagree with the American Cancer Society, Mayo Clinic, John Hopkins, and numerous oncologists on whether sugar feed cancer?  They all say no but you are saying it does.  Please let me know why you take this position.”

Well, here is my detailed response to these questions and some of the latest research that validates what I have been saying about sugar and cancer.

There is really no question that sugar feeds cancer. There is ample research on dietary sugar, lowered immune function, and risk for cancer.  In 1931, Dr. Otto Warburg won a Nobel prize for his research on sugar and cancer cell metabolism. His work was echoed by Dr. Patrick Quillin, former Director of Nutrition for Cancer Treatment Centers of America, who explained that cancerous tumors are “obligate glucose metabolizers,” that is, cancer cells uptake glucose at 10-12 times the rate of normal healthy cells. That is why PET scans are one of the most sophisticated tests we have to determine where colonies of cancer cells exist. Quillin further stated that “trying to beat cancer while eating a diet that constantly raises blood glucose is like trying to put out a forest fire while somebody’s throwing gasoline on the trees.”

Avoiding refined carbohydrates helps to keep blood sugar and insulin levels down, and the link between elevated glucose, insulin levels and cancer incidence is well accepted within the medical community. According to the Proceedings of the Nutrition Society of Australia, sugar ingestion normally leads to insulin release, and high levels of insulin and insulin-like growth factor (IGF) are associated with risk for cancers of the pancreas, colon, breast, prostate and endometrium, among others. Insulin and IGF contribute to cancer by inhibiting apoptosis (programmed cancer cell suicide), stimulating cell proliferation, enhancing synthesis of sex steroids, and inhibiting the body’s sex steroid binding capacity.

In nine out of twelve studies examining the relationship between blood sugar levels and risk for breast cancer, a higher incidence of breast cancer was found in the high sugar group. Premenopausal women with a fasting blood sugar above 84 mg/dL had more than twice the risk of developing breast cancer compared with those with lower blood sugar levels. In a study of 10,633 Italian women, those in the highest glucose quartile had a 63% increased risk for the disease as compared with those in the lowest quartile. The authors concluded, “We found that elevated fasting glucose levels were significantly associated with subsequent occurrence of breast cancer. The association was significant both in pre and postmenopausal women.”

Furthermore, studies have shown that people with the highest fasting serum glucose levels suffer higher death rates from cancer when compared to those with the lowest levels. In fact, research shows that high blood glucose (over 87mg per deciliter) correlates with a worse prognosis for breast, prostate and lung cancers as well as lymphoma.

It is known that people with diabetes, obesity, and other metabolic diseases have a higher than average risk for certain malignancies, including breast, liver, colon and pancreatic cancers. Scientists at Mount Sinai Icahn School of Medicine may have discovered why. Their research, supported through multiple grants from the National Institutes of Health and published in the journal Cell, provides insight as to how lowering dietary sugar can reduce cancer risk and progression.

Ross Cagan, PhD, Professor of Developmental and Regenerative Biology and Associate Dean of the Graduate School of Biomedical Sciences at Mount Sinai, studied fruit flies to understand the effects of blood sugar and insulin resistance on cancer promotion. His research team discovered the pathway mediating the relationship between hyperglycemia and tumor growth and demonstrated how tumors overcome insulin resistance and turn metabolic dysfunction to their advantage.

The scientists genetically engineered fruit flies to express certain oncogenes, resulting in the development of cancerous growths. When the flies were fed low-sugar diets, their tumors generally remained very small and localized. But soon after the flies were placed on calorie-matched, high-sugar diets, the tumors grew aggressively and spread. Cagan said, “the tumors just went crazy.”

The researchers concluded that high dietary sugar acts together with oncogenes to increase insulin resistance, but it also increases insulin receptors and insulin sensitivity specifically in tumor cells. Insulin is a strong promoter of cell growth. Cagan’s group has begun studies using human tumor samples to verify that sugar has the same impact in people with metabolic disease.

How Cancer Cells Use Sugar

In another recent breakthrough in studies of sugar’s role in cancer,  Matthew Pratt, Assistant Professor in the Department of Chemistry and Molecular Biology at the University of Southern California, has been researching how cancer cells use sugar (specifically a simple sugar called N-acetyl-glucosamine) to grow. Pratt and his team believe that this link is a requirement of all types of breast cancer, as well as other cancers.

In 2011, a Hoffman-LaRoche study found a clear link between diabetes, altered glucose metabolism, and N-acetyl-glucosamine levels. Pratt hypothesized that dietary changes that prevent the onset of diabetes would show beneficial results for cancer as well. His research showed that cancer cells use this sugar to create a protective shield against their environmental stressors such as white blood cells or cancer treatments, thereby contributing to the cancer’s survival and proliferation.

Research conducted at the University of California in Los Angeles (UCLA) found that pancreatic tumor cells use fructose to divide and proliferate. In research that challenges the common wisdom that all sugars are the same, the scientists grew pancreatic cancer cells in lab dishes and discovered that tumor cells fed both glucose and fructose metabolized the two sugars in different ways.

According to Dr. Anthony Heaney of UCLA’s Jonsson Cancer Center, tumor cells thrive on sugar but they use fructose to proliferate. These findings, he said, “have major significance for cancer patients given dietary refined fructose consumption, and indicate that efforts to reduce refined fructose intake … may disrupt cancer growth.” This research, published in the journal Cancer Research, validates other studies that have linked fructose intake with pancreatic cancer.

Recently, animal studies performed at The University of Texas MD Anderson Cancer Center and funded in part by the National Institutes of Health showed that high amounts of dietary sugar increase the risk of breast cancer and metastasis to the lungs.

The findings, published in the Jan. 1, 2016 online issue of Cancer Research, demonstrated that “sucrose intake in mice comparable to levels of western diets led to increased tumor growth and metastasis, when compared to a non-sugar starch diet.”  This was due, in part, to dietary sugar’s effect on inflammatory pathways (also shown in previous epidemiological studies).

The MD Anderson team conducted four different studies in which mice were randomized to different diet groups and fed one of four diets. At six months of age, 30 percent of mice on a starch-controlled diet had measurable tumors, whereas 50 to 58 percent of the mice on a sucrose-enriched diet had developed mammary tumors. The study also showed that the numbers of lung metastases were significantly higher in mice on a sucrose- or fructose-enriched diet, versus mice on a starch-control diet.

According to study co-author Lorenzo Cohen, PhD, “We determined that it was specifically fructose in table sugar and high-fructose corn syrup, ubiquitous within our food system, which was responsible for facilitating lung metastasis … in breast tumors.”

One other fascinating area of research on cancer and sugar postulates that a fungal overgrowth known as candidiasis may be the common denominator between sugar and cancer.  Look for that information in a future article.

The bad news is that we are eating more and more sugar every year. Americans take in large amounts of fructose, mainly in high fructose corn syrup, a mix of fructose and glucose that is used in soft drinks, bread, and many other foods. U.S. consumption of high fructose corn syrup went up 1,000 percent between 1970 and 1990, researchers reported in 2004 in the American Journal of Clinical Nutrition, and the per capita consumption of sugar in the U.S. has surged to over 100 lbs per year. In fact, it is estimated that Americans consume more than three times the recommended amount of added sugar (and that recommendation is far too high anyway!) A 2008 USDA study found that a typical American consumes a massive 30 teaspoons of added sugar per day. Too much sugar also adds pounds, and obesity is a risk factor for cancer. Increased consumption of sugar-sweetened beverages has been identified as a significant contributor to an epidemic of obesity, diabetes, heart disease, and cancer worldwide.

Fructose is abundant in fruits as well, but I am not saying we should never eat fruit. There are many cancer-fighting phytonutrients in whole fruit, and its fiber content helps avoid sugar spikes in the blood. But we should consume, by volume, a fruit to vegetable ratio of no more than one to three, and cancer patients should avoid the high-fructose fruits. According to Joseph Mercola, MD, fruits with the highest fructose content per serving include dried fruits like figs, raisins and apricots, as well as mango, grapes, pears, watermelon, and persimmons.