Reducing Ovarian Cancer Risk: What Are the Options?

Reducing Ovarian Cancer Risk: What Are the Options? 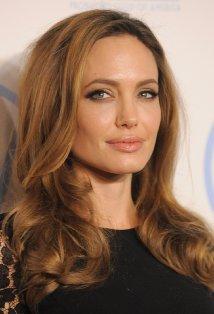 In 2013, Oscar-winning actress Angelina Jolie underwent a preventative double mastectomy after learning she carried a mutated BRCA1 gene — which increases her risk of both breast and ovarian cancer.  A few weeks ago, she took another pro-active step by having her ovaries removed to avoid the risk of ovarian cancer. Jolie decided to go public “to help other women at risk to know about the options.” But are genetic testing and prophylactic surgery your only choices?

The film star decided to have her ovaries and fallopian tubes removed last month to avoid the risk of ovarian cancer, the disease that killed her mother in 2007 at the age of 56.  Her recent announcement in the New York Times came two years after she had surgery to reduce her high risk of breast cancer.  Doctors had estimated she had an 87% risk of breast cancer and a 50% risk of ovarian cancer due not only to the faulty gene but also to her family history.  She lost her mother, grandmother and aunt to cancer.

The BRCA gene, found in both men and women, is designed to repair abnormal DNA in the body. But when the gene is mutated, “a person is more likely to have abnormal DNA that leads to the development of cancer,” explained Dr. Marleen Meyers, medical oncologist and Director of the Survivorship Program at NYU’s Perlmutter Cancer Center.  Only a fraction of breast cancers result from an inherited gene mutation. On average, those with a defect in BRCA1 have a 65% risk of the disease.

The media have praised the 39-year old actress’s “brave decision” to remove her ovaries to reduce her cancer risk as an inspiration for women. But surgery isn’t for everyone, and surgeries come with their own risks.

What are the Options?

Conventional wisdom states that patients who learn they have the BRCA mutation have three options: surveillance, medical management, and surgery, according to Dr. Susan Klugman, Director of Reproductive Genetics at Montefiore Medical Center in New York.

Unfortunately, while there are excellent screening methods for breast cancer — including mammograms, ultrasounds, MRIs and especially thermograms — there are limited resources for early detection of ovarian cancer and a lack of scientific research on the effectiveness of non-surgical preventive measures.  So what are women’s options?

In her latest op-ed in the New York Times, Jolie emphasized that her decisions were specific to her, and that other women may choose different options: “I did not do this solely because I carry the BRCA1 gene mutation, [and] a positive BRCA test does not mean a leap to surgery…. There is more than one way to deal with any health issue. The most important thing is to learn about the options and choose what is right for you personally.”  At BeatCancer.org, we are always happy to help guide clients in making personalized informed decisions.

“It is not easy to make these decisions,” Jolie confirmed. “But it is possible to take control and tackle head-on any health issue. You can seek advice, learn about the options and make choices that are right for you. Knowledge is power.” Indeed!

Jolie Is Still At Risk

Doctors agree that the film star will have to remain vigilant, as she is still at risk for other cancers like colon, pancreatic and skin cancer.  But let’s define “vigilant.” Are they talking about screening for early detection or true prevention through lifestyle choices?

In a flippant analogy, gynecological oncologist Dr. David Fishman, Director of the Mount Sinai Ovarian Cancer Risk Assessment Program, quipped “If we took out all your teeth you can’t get a cavity, but you can still get gum disease.” Well, I’d like to add a quip of my own: If they chop off her head she will never get a brain tumor.  The point is that cancer is a systemic process not a local disease.  If cancer-promoting factors remain unaddressed, it doesn’t matter how many body parts are removed, you are still prone to cancer – it will just find somewhere else to go.

Jolie understands that it is not possible to remove all risk and that she remains cancer-prone. She has stated, “I will look for natural ways to strengthen my immune system.” Readers, if you are active on social media, tell her about the specialized immune-boosting education we offer at BeatCancer.org.

What If You Already Have Ovarian Cancer?

If you already have the disease, know that a diagnosis of ovarian cancer does not mean you will die of it or even that you must take conventional therapy. In future articles, I will share stories of patients who beat ovarian cancer naturally.