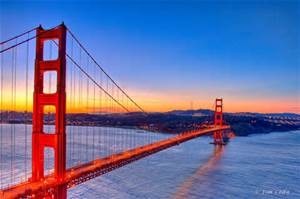 Two weeks ago, I made a very long trip from Philadelphia to lecture in Ukiah in Northern California. After a six hour flight and a four-hour bus ride, I was picked up at the Sonoma County Airport for another 90-minute drive to Ukiah.  By then I was so exhausted that I hoped the driver wouldn’t want to engage in much conversation. But Seth had things to tell me, and they were so impressive that I kept wanting to hear more of his story. Believe me, you will want to know his story too.

My Recovery from Cancer

I am a cancer survivor. In 1991, when I was 46 years old, I had Metastatic Malignant Melanoma. At the time, I looked up the prognosis for this diagnosis and it said I had about six to seven months. I’m writing this in November 2015, over 24 years later.

Why did I get cancer? I had been taking good care of my health since the late 1960s, gradually learning more about it and adjusting my diet and so on. But here are what I believe to be the two most likely causative factors:

In the 1980’s I had learned about the toxicity of the mercury in my mouth. At the time, I had 17 large fillings and even crowns constructed from amalgam. Most of them had been there since the early 1960s when they were put in by US Navy dentists.

Sometime during 1989 I had all the mercury amalgam fillings removed from my teeth. When I had these fillings removed the modern protocols had not yet been developed to protect the patient from the mercury released during the removal. The dentist I went to was one of the first to do this work. It was all done in two sessions on two consecutive days. There was no protection from inhaling the fumes and no division of the work into sections with time in between to detox.

Starting six or seven months after this work was done I developed subcutaneous lumps about a centimeter in diameter in symmetrical pairs along both sides of my body. The first to appear were on the outside of both upper arms. I had one checked by my primary physician. He examined it and said it seemed like a cyst. He cut into it and it was a cyst and he drained it. We assumed the other was also a cyst but decided not to excise it thinking it would resolve itself.

A while later more lumps appeared on both sides of the upper torso, both kidney areas, and a few more I don’t recall exactly where. These did not appear all at once, but over a few months. I assumed these were also cysts.

At about this same time (the end of 1990) I was under great stress due to other circumstances I won’t go into here. I was estranged from the intentional community I lived in and also from my daughter. It was so serious that I wanted to die. I knew I didn’t want to kill myself because of the psychological harm it would do to my loved ones, especially my daughter since we were estranged at the time. The alternative I chose was to pray for cancer to kill me so I could get out of the emotional pain without my loved ones having to deal with my suicide.

I don’t know for sure, of course, but I believe that one or both of these contributed to my cancer. 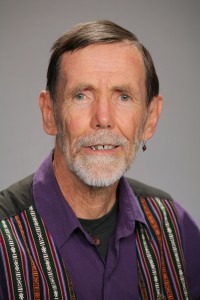 In early 1991 I started having digestive disturbances. Some days I would eat and then get nauseated. It felt as if I was hungry and full at the same time. Some days I just couldn’t eat at all….  By May I was losing weight and was feeling awful after almost every time I ate. In June I was unable to continue working. I had been to the doctor several times and to a gastroenterologist, but they were not sure what was causing the symptoms. It kept getting worse and in late July I got so sick I went to the emergency room. I passed out while standing for a chest x-ray and they admitted me to the hospital.

I was so depleted by then that I was put on IV nutrition to build me up enough to undergo surgery. Still, they weren’t sure what the problem was except that I apparently had a blockage in my small intestine. By then they had biopsied two of the remaining subcutaneous lumps and they were cancerous. The tentative diagnosis was lymphoma. They guessed that I had a tumor intermittently blocking my digestive tract, but couldn’t exactly define it from the x-rays. Apparently the tumor in the small intestine was superimposed over part of the large intestine. They thought the mass they saw was fecal matter in the large intestine.

After a week in the hospital, they felt I was strong enough to undergo surgery. As they prepped me for surgery I was told that they did not know exactly what they would find, but there were three likely scenarios:

There would be cancerous involvement surrounding the intestine that they could not separate at all and they would close me up and try chemo or other therapy.

There would be less involvement that they could partially remove and then do other therapy to try to stop the remaining growth.

The tumor would be only in the small intestine and they could remove it and reconnect the intestine.

That’s what I knew when I went in for surgery. When I came out I was told that the third scenario was what they had found. They had removed a little more than a foot of my small bowel and reconnected it. I imagined it as something like repairing a garden hose.

After another week waiting to be sure that food came through all right I was sent home. I am, by nature, a thin person with a normal weight of around 145 lbs at 5ft 10 in height. When I went into the hospital I weighed just over 120 lbs. I came out two and a half weeks later at about the same weight. I was very weak and it took about eight months before I was ready to return part time to my work as a massage therapist.

While I was in the hospital waiting to get strong enough for surgery I had this experience:

On around the 4th or 5th night I was awake in the wee hours of the morning thinking about what was going on and whether I was going to live longer or die soon. I realized that I was not very attached to either outcome but I felt a slight preference for living longer. Although I’ve never been a religious man, I had sometimes prayed to I knew not what or whom. That night I remember saying “Okay, I don’t know who is in charge here and I know I asked for this. I’m okay with the idea that I might die. But now I’m wondering if it’s okay to renegotiate.” A voice came back to me very clearly and replied: “Sure, of course it is.” As casually as that. 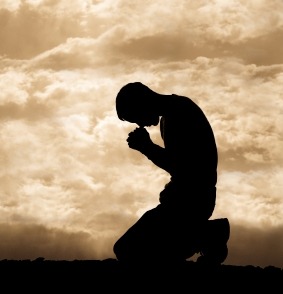 Then, I went to surgery a couple of days later and, as I said, got good news when I came out. After I left the hospital I was referred to Stanford Oncology Center for follow-up.  They took a lot of information and looked at all the records. They requested tissue samples from the first hospital and after examining them changed the original diagnosis from Lymphoma to Malignant Melanoma. Since there had been several subcutaneous lumps as well as the intestinal tumor, the final diagnosis was Metastatic Malignant Melanoma.

The oncologist told me there was good news and bad news. The bad news was that they had no further treatment to offer because they had no chemotherapy for Malignant Melanoma and radiation treatment wasn’t effective for it either. The good news was that a small percentage of people (as I remember, he said around up to 10 percent) had spontaneous remissions. Apparently, some immune systems can fight it.

For me, this was all good news. I didn’t have to decide whether to go along with a recommendation to have chemotherapy or radiation or to go against the doctors’ recommendations. I was already prejudiced against those treatments and favored natural alternatives.

What I did instead was to focus on every strategy I knew of or could discover to build and support my immune system. I started by calling several alternative-oriented doctors who were massage clients and had become friends. One was very into mega-vitamin therapy and designed a supplement program for me. Another recommended adopting a macrobiotic diet while healing. I knew that the proponents of macrobiotics did not recommend mega-vitamins, but for a few months I did both together. I spent a month at Harbin Hot Springs resting, taking mineral baths and having body-centered psychotherapy to help resolve my emotional issues. During that time I walked every day and slowly began to rebuild my strength. I also meditated, prayed and created healing visualizations which I did as often as I thought about it (several times a day).

During the time I was very ill and recovering, the causes of the estrangements in my life were resolved. By the time I was mostly recovered we were all on good terms again.

All of these things helped, I’m sure. I think my favorite — and in my mind, the most effective — was the visualizations. Here are a few of them I created which I offer to whoever would like to use them, or you may adapt the ideas to your own creations:

1.“Back to the Blueprint”

Since our cells are all replaced quite frequently, I imagine that there are little workstations here and there throughout my body where new cells are built to replace cells being phased out. I imagine going to each of these workstations and talking to the workers who construct the new cells. I instruct them to never ever copy old cells in making the new ones. Instead, they are to get the blueprint for a perfect young adult cell of the type that is made in their station and post it above the workbench. Then as they are making every new cell they refer to the blueprint and make a perfect young adult cell.

Once I’d done this visualization a few times I could just say the phrase “back to the blueprint” over and over. 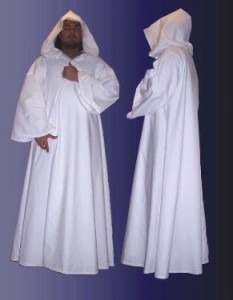 The macrophages or killer cells that dispose of the foreign invader cells or cancer cells are said to be large white cells that roam the bloodstream finding and eliminating the bad stuff. I reframed that image a bit. I imagined that the white cells are wandering white-robed monks for whom cancer cells are a sacrament. When they find one, they honor it and consecrate it and then consume it which gives them an ecstatic experience. This way, I was never in abattlewith the cancer. Cancer cells are not bad — they are just doing what they do.

In this one I imagine the sentinel cells are little government agents. They travel throughout the body checking the IDs of every cell. When they find a cancer cell they take it into custody and send it to the recycling station where it is disassembled; any useful materials are recycled and the non-useful materials are sent to waste disposal.

Almost twenty five years later I still use these from time to time.