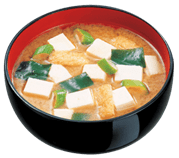 Does Soy Cause Cancer?

The issue of soy’s efficacy and safety is especially poignant in the cancer field, where depending on whom you ask, soy will either cure you or kill you.  Bottom line, both may be true. Soy may be a blessing or a curse, depending on the amount, form, quality, and quantity of the soy and the circumstances of the person considering the soy. Furthermore, growing conditions, genetic engineering, manufacturing techniques, and fermentation processes greatly impact soy’s therapeutic value — or lack thereof.

There are three positive ways soy can affect breast cancer: The estrogen-blocking effect, the anti-angiogenesis effect, and the Tamoxifen effect.

The value of soy for breast cancer prevention and intervention has been the subject of a great deal of research that has led to more confusion than clarity.  Soy contains phytoestrogens, or weak plant sources of estrogen. At the heart of the breast cancer controversy is the fact that soy is loaded with these testosterone-suppressing plant estrogens that operate like human female estrogen, though only at 1/1,000th to 1/1,200th its potency.  Some have suggested that phytoestrogens attach to the estrogen receptors in a woman’s body, blocking her natural estrogens from being able to attach and thus stopping estrogen’s cancer-inducing effects.

Explained Neal Barnard, MD, “By analogy, the estrogens in a woman’s body are like jumbo jets that have landed at an airport. Phytoestrogens are like small private planes that are occupying the jetways, blocking the jumbo jets from attaching. This explanation … may serve to illustrate how soy’s weak hormonal compounds can have beneficial effects.”  (Settling the Soy Controversy, The Blog, 02/24/10)

In laboratory and animal studies, soy has inhibited growth of both estrogen receptor positive (ER+) and negative (ER-) breast cancer cells.  In a study of pre- and post-menopausal women, 45 mg of soy isoflavones daily decreased circulating levels of estrogen, thus helping to prevent breast cancer.  In research  conducted at Queen Elizabeth Medical Center in Australia, women with the least amount of phytoestrogens were found to be three times more likely to have breast cancer than those who had the most (Lancet, 1997).

In soy-consuming Asian populations, there appears to be a lower incidence of breast cancer because of the role that soy isoflavones play in influencing sex hormone metabolism and blocking the effect of the more dangerous estrogens on breast tissue (Shanghai Breast Cancer Survival Study).

Soy isoflavones can also interfere with angiogenesis, the process by which cancerous tumors can develop their own blood supply (neovascularization).   One major isoflavone is genistein, which has been shown to inhibit the growth of human breast cancer cells (Cell Growth & Differentiation, 1996).

A study on ER-  human breast cancer cells transplanted into mice compared the tumor shrinking capability of genistein alone and a whole soy extract containing an equal amount of genistein.  The results showed that tumor growth was significantly reduced only in the soy extract-treated group, presumably from the synergistic effect of its various bioactive components.

Two recent human studies show that a moderate consumption of diet containing the genistein isoflavone does not increase the risk of breast cancer recurrence in Western women, and Asian breast cancer survivors exhibit a better prognosis if they continue consuming a soy diet (The Journal of Nutrition, Dec. 2010).

Some research suggests that soy can boost the effectiveness of the drug Tamoxifen in estrogen-dependent human breast cancer. Two well-designed research studies have shown increased benefit for laboratory animals with induced ER+ breast cancer when given both Tamoxifen and soy together.  In combination with Tamoxifen, soy worked synergistically to produce fewer breast tumors, smaller tumors and even regression of breast tumors.  The first study (Gotoh et al, 1998) looked at four groups of rats, all of whom were given a chemical that induces ER+ breast cancer.  The rats were observed for breast cancer development while receiving one of four different treatments:

The rats in group four showed dramatically fewer tumors per rat and decreased size of tumors, as compared with the rats in all of the other treatment groups.

The same researchers observed rats that already had ER+ breast cancer.  These rats were given either Tamoxifen or Tamoxifen with miso and were compared with rats given neither for the same period of time.  The group receiving the combined protocol was the only group whose breast tumors decreased in size.  The tumors in the other two groups continued to grow.

Another study conducted at the University of Illinois examined four groups of 20 female mice all treated with an agent that produced ER+ breast cancer, plus the following test agents:

Tamoxifen was found to be effective in reducing tumors per mouse by 29 percent.  A 37 percent reduction in tumors per mouse was evident in the soy protein isolate group.  A 62 percent reduction was observed in the group given Tamoxifen plus soy protein isolate.  The length of time it took for tumors to develop was significantly lengthened only in the combination group.

Although extrapolating conclusions for humans from animal experiments is not a perfect science, the results from this “rat science” do look promising, and anecdotal reports from women who chose to conduct this kind of research for themselves have been largely favorable.  For women who are unable to tolerate Tamoxifen, soy may at least provide some of its value, especially if used in combination with other dietary factors known to help prevent breast cancer.

More on soy and cancer in a future blog.