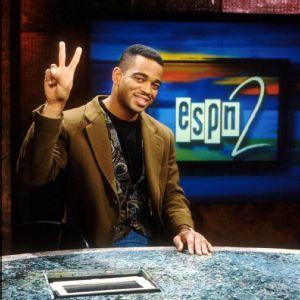 Another hero loses the fight. On Jan. 4, Stuart Scott, the charming ESPN sports anchor whose catchphrases are now part of the American football and basketball vernacular, lost a long battle with cancer at the age of 49. Celebrities are mourned by the public, but incognito, more than 600,000 die of cancer every year in the U.S. alone. Scott was just more visible to more people. And he delivered a profound message about how to beat cancer.

A uniquely inspirational figure who could connect with African American sports superstars, their fans, and especially inner city youth, Scott was known for his charismatic coverage of the NFL and NBA, his colorful expressions, his contagious energy, and his own special brand of entertainment. In addition, like so many other unsung cancer warriors, he displayed non-stop courage in his battle against cancer.

Diagnosed in 2007, Scott continued commentating and entertaining sports enthusiasts while battling cancer of the appendix, a rare and often fatal type of cancer. Always the fighter, he underwent multiple surgeries and chemotherapy treatments for his disease, which recurred in 2011, and again in 2013.

In a New York Times interview, Scott related, “Chemotherapy is not an exact medical science… I heard an oncologist say that in the world of oncology, two and two doesn’t equal four, it equals five or six or three.” In 1993, the same year that Scott joined ESPN, actress Audrey Hepburn died of appendiceal cancer.

Never letting his home audience know what he was dealing with, he engaged in mixed martial arts training in the midst of chemo treatments and even ran out on a hospital procedure to return to the set. His energetic and unwavering devotion to his family and his work while fighting the battle of his life left his colleagues in awe.

At the 2014 Excellence in Sports Performance Awards in July, Scott accepted the Jimmy V Award for Perseverance with these profound words:

“When you die, it does not mean that you lose to cancer,” Scott told the audience. “You beat cancer by how you live, why you live, and in the manner in which you live.” I like that!