Terminal Cancer and the Right to Die with Dignity

Terminal Cancer and the Right to Die with Dignity 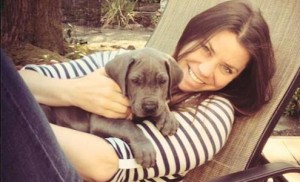 A couple of days ago People Magazine, CBS News, CNN and other media sources featured the heart-wrenching story of Brittany Maynard, a 29-year old woman with a terminal prognosis of glioblastoma multiforme, a brain cancer often dubbed “the terminator.”  Her impassioned Youtube video expressing her desire for the right to die with dignity has already had seven million views.  What she decided – and why – were understandable and yet profoundly disturbing.  And the issue is not only a moral one.

Glioblastoma multiforme (GBM) is a devastating brain cancer that typically results in death within 15 months after diagnosis. The most aggressive malignant primary brain tumor in humans, GBM tends to grow very quickly and to invade neighboring parts of the brain.  Although relatively rare, with an incidence of 2–3 cases per 100,000, glioblastomas account for about 15 percent of all brain tumors.  They generally occur in adults between the ages of 45 and 70.

Given only months to live after her cancer returned in April, Maynard refused full brain irradiation after reading about its side effects and concluded with her family that no treatment could save her life.  Medical expectations predicted a relentless, progressive, dehumanizing descent to death, fraught with seizures, headaches, nausea, vomiting, and loss of cognitive and motor function before a painful demise. To take preemptive control of this inevitable scenario, to minimize suffering for herself and for those who would have to watch it, and to give herself and her family peace of mind, Maynard set her own death date.

A volunteer advocate for the nation’s leading end-of-life choice organization, she moved from California to Oregon — one of only five states in the nation with death with dignity laws, so she could legally die on her own terms.  Oregon law states that a mentally competent adult like Brittany with a life expectancy of six months or less has a right to end-of-life autonomy and may choose physician-assisted suicide. To some, that may sound blasphemous. To others it may seem more heroic than tragic.

However, what is so disturbing about this story is that Brittany doesn’t want to die; she still wants to be cured.  She just doesn’t know it is possible.  I do.

To be sure, her recovery would be hard work.  Almost all recoveries from “terminal cancer” are hard-work miracles.  Glioblastoma is one of the toughest.  But recovery from the disease is possible, and I know some patients who have done it. Although BeatCancer.org is not a treatment center, I’d love the opportunity to provide hope, empowerment, coaching and resources to Brittany and others like her.  Perhaps our readers will reach out to her and share this message before it’s too late.