The End of Compounding Pharmacies?

The End of Compounding Pharmacies? 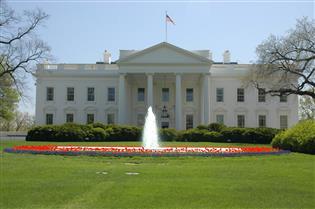 If you care about integrative medicine, you should care about stopping SB959!

Action Alert from BeatCancer.org and the Alliance for Natural Health

For decades, BeatCancer.org has been recommending natural hormone balancing guided by competent physicians, laboratory testing and compounding pharmacies. However, that option will probably be inaccessible if dangerous S.959, the Senate compounding pharmacy bill, passes. We and other groups oppose it mainly because it  would likely shut off access to important medications like bioavailable estriol and time-released natural thyroid.

Unfortunately, this bill is supported by powerful special interests in the pharmaceutical industry, trying to use the call for federal regulation of compounding pharmacies to outlaw compounded estriol and thyroid and replace them with standard drugs. Compounded, bioidentical estriol became popular in the first place because the standard drug used for the same purpose was proven to be dangerous, a risk for both heart disease and cancer. It would be understandable that the drug companies would want this huge market back.

When the call for federal regulation of compounding arose, certain drug companies with vested financial interests formed the Working Group on Pharmaceutical Safety to lobby in favor of the bill, which would essentially allow the FDA to shut down pharmacies providing compounded medications. The main lobbyist for that group (BGR) has major conflicts of interest and federal government connections. BGR’s vice president for governmental affairs, represents the drug company Eli Lilly and is married to a primary Senate health policy advisor working on its anti-compounding bill.

Certain drug companies want to take advantage of what is supposed to be regulation of the compounding industry by replacing compounded products with their own. A key player in the group, Therapeutics MD, is developing its own form of the bioidentical hormones estradiol and progesterone. If these receive FDA approval and S.959 passes, it is very likely that these important hormones will no longer be available except in this new form—of unknown safety—and at what will almost certainly be outrageous prices.

Under S.959, all compounded versions of FDA-approved drugs will almost certainly be banned as “copies” of the approved drug, in order to ensure market exclusivity and eliminate competition  from compounding pharmacies offering natural products. Because they are natural, these products cannot be patent-protected.

Action Alert!  Sen. Lamar Alexander (R-TN) is calling for a vote on S.959 as quickly as possible.  Voice your concerns now requesting that Congress amend this legislation before it is too late! Please click on the button below and help fight against the powerful lobbyists and deep-pocketed drug companies to preserve our right to safe, inexpensive, effective compounded medicines. We urge you to take action immediately!