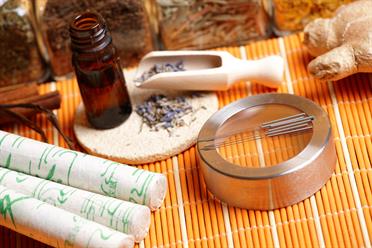 You may have experienced an acupuncture session and know about the many healing benefits it can have for cancer protection (if you haven’t yet, I urge you to give it a try!). But did you know that acupuncture is only a small part of the “healing lexicon” that is called Traditional Chinese Medicine (TCM)? Here are some other lesser-known modalities that may also be beneficial to you on your healing path.

How do you fit close to 3,000 years of knowledge into two paragraphs? Well, we can start by saying that although the foundations of this ancient tradition are Chinese, TCM has definitely been added to over the centuries by other cultures throughout Asia. For example, Japanese acupuncture uses gently-placed needles that run along energy lines in the body, but those lines (or meridians) are slightly different from those of Chinese acupuncture.

All variations of TCM rely on the concept of energy flow (“Qi” or “Chi”) through the various meridians (major energy flows) and their tributaries within the body. When energy is flowing in a stable way, health happens. When energy is blocked (or when it is flowing in an imbalanced way), disease occurs. Blockages and other imbalances in energy flow can be caused by a variety of factors. Some of these factors are the same as what allopathic medicine would consider—levels of stress, toxic exposure, pathogens, circulatory and metabolic issues, for example. Factors that Chinese Medicine considers but conventional doctors do not include seasons of the year, the elements in nature, the emotions, and the concept of “Qi” flows themselves.

According to the National Institutes of Health (NIH), there were over 5.5 million people in the United States who experienced Traditional Chinese Medicine in some way between 1997 and 2007, and those were just the numbers given for those who used acupuncture or who practiced Tai Chi or Qi Gong! Here are just four of the many TCM modalities that may have been off your radar until now:

Tai Chi is perhaps better known than Qi Gong in the West. Its movements are also slow, but slightly faster than those of Qi Gong. There is also a noticeable connection between Tai Chi and self defense, but the ultimate goal is the same—to cultivate and move Qi for health. Research has shown that regular Tai Chi practice can lower blood pressure, prevent heart attack, improve balance and lead to weight loss, especially in the elderly. According to the MD Anderson Cancer Center website, recent studies have indicated that “tai chi enhances the immune system and relieves pain, anxiety and stress in cancer patients.”

These days, we are so fortunate to have access to amazing healing modalities from all over the world. Traditional Chinese Medicine’s practices and principles are the foundation for so many of the natural healing modalities we use today. Give one of the lesser-known ones mentioned above a try. It can only benefit your health in general, as well as your healthy breast path!