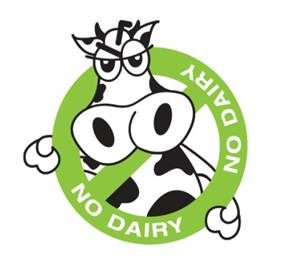 I have already written about two relatively unknown risk factors for ovarian cancer. Here is the third:  Since June is National Dairy Month, you are likely to notice heavy marketing campaigns for dairy products, but caveat emptor – buyer beware: Cow milk, cheese, ice cream and yogurt may have the biggest price tag of all — ovarian cancer!

Since a positive correlation between ovarian cancer risk and the consumption of milk products was first reported in 1989, many epidemiological studies have further examined the relationship between intake of milk, yogurt, cheese or lactose, and incidence of or mortality from ovarian cancer.

Because these investigations sometimes yielded conflicting conclusions, researchers at the National Institute of Environmental Medicine at the Karolinska Institute in Sweden conducted a meta-analysis of 21 different studies. Cohort studies (long-term prospective epidemiological studies) revealed that high intake of milk increases the risk of ovarian cancer and that for every 10 grams of lactose consumed (the amount in one 8-oz glass of milk), ovarian cancer risk increased by 13 percent.

The ongoing Harvard Nurses’ Health Study of 80,000 women also demonstrated that dairy consumption is associated with an increased risk of ovarian cancer. In 2004, researchers from the Department of Medicine, Brigham and Women’s Hospital, Harvard Medical School, observed a two-fold higher risk of the most common and most deadly form of ovarian cancer among those in the highest category of lactose consumption as compared with the lowest.

At BeatCancer.org, we, too, have observed a strong correlation between a long history of dairy consumption and a variety of cancers, including ovarian cancer.

Dietary dairy also affects outcome of diagnosed ovarian cancer. In 2003, Australian cancer researchers published a study evaluating the effects of diet on survival among 609 women with invasive epithelial ovarian cancer. The longest survivors ate the most vegetables, and the shortest survivors ate the most dairy. A survival advantage was seen for those with the highest intake of vegetables in general and cruciferous vegetables in particular, as compared with those who consumed the least.  An inverse association between length of survival and consumption of lactose and dairy products was noted.

What’s in the Milk?

Perhaps surprisingly, the issue does not appear to be the milk fat. Most of the milk drinkers in the nurses’ study drank skim or low-fat milk. Rather, lactose (milk sugar), especially its component galactose, and casein (milk protein) appear to be the most likely culprits.

Milk sugar breaks down into two main components in our digestive system, one of these being galactose. Many researchers believe that high levels of galactose over-stimulate production of hormones which encourage ovarian tumor growth or damage the ovaries, thus leading to ovarian cancer.

Dr. T Colin Campbell, whose studies received nearly three decades of funding from the National Institutes of Health and the American Institute for Cancer Research, showed that the protein that most consistently and most strongly promoted cancer growth at all stages of the cancer process is casein (which makes up 87% of cow milk protein). According to Campbell, “Our work showed that the milk protein casein is the most relevant cancer promoter ever discovered.”

Ovarian cancer is the fifth most common cancer among American women. About 22,000 estimated new cases of ovarian cancer occur annually in the US, and about 14,000 American women die of the disease each year. While genetics certainly play a role, other lifestyle factors like diet may be even more relevant. Our advice: Cut way down on dairy products, and substitute almond, coconut, cashew or soy milk for cow’s milk.