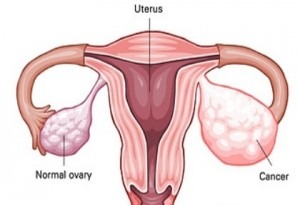 Women who wish to lower their risk of getting ovarian cancer may feel quite disempowered by the above conclusions, which essentially say if we don’t know why women get it, we don’t know how to prevent it. Here’s what we do know:

Conventional wisdom considers that the following factors are linked to a rise in ovarian cancer risk:

Factors linked to lower risk of ovarian cancer include:

A 2001 study from Emory University published in the Journal of the American Medical Association (JAMA) found that women who used estrogen-only hormone therapy had a 51% increased risk of ovarian cancer. Other research results published in JAMA in 2009 by Danish scientists showed that conventional hormone replacement therapy increases the risk for ovarian cancer by 20 to 30%.  In that study, researchers evaluated more than 909,000 Danish women, ages 50 to 79. After an average of eight years of follow-up, 3,068 cases of ovarian cancer were found. Current hormone therapy users had an overall 38% increased risk of ovarian cancer as opposed to those who never used HRT.

Hopefully, as a result of this meta-analysis, the European, US and World Health Organization guidelines about hormone therapy — which heretofore have not mentioned ovarian cancer — will soon be revised. There are still some six million users of hormone therapy in the USA and the UK, in addition to a similar number in other high-income countries.

Do bio-identical hormones carry the same risk? Possibly. The lead author of the 2009 Danish study thinks that conclusions from research on synthetic HRT containing estrogen can be applied to bioidentical hormone therapy.  She concluded:

“The research on estrogen, bioidentical or synthetic, makes it clear that it can increase the risk of ovarian cancer,” but she admits she did not include women on natural progesterone therapy in that analysis. And other researchers downplay the association, depending on the types and amounts of bioidentical hormones used. Bottom line: Bioidentical HRT is likely to be much safer, but not failsafe, and you should incorporate in your lifestyle additional ways to prevent cancer.

In my next blog in this series, I will write about other less-known risk factors for ovarian cancer.