What Everyone Must Know about Antioxidants and Cancer Treatment: Part 2

What Everyone Must Know about Antioxidants and Cancer Treatment: Part 2 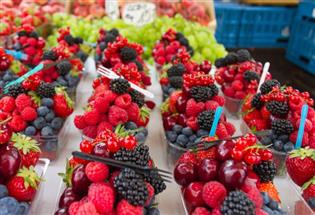 Nutrition-oriented cancer specialists agree that antioxidants do more good than harm. Science Daily (April 27, 2007), published an article favoring antioxidants adapted from a news release from the Block Center for Integrative Cancer Treatment. Medical oncologist Dr. Keith Block, radiation oncologist Dr. Charles Simone, MD Anderson oncology professor Dr. Robert Newman, and colleagues analyzed 845 studies from five scientific databases on the use of dietary supplements with chemo and/or radiation. The patients were diagnosed with a variety of cancers and most had recurrent or advanced disease. These researchers found that antioxidants and other nutritional supplements not only did not interfere with cancer treatments, but actually enhanced their effectiveness and reduced the side effects of chemo and radiation. In 15 human studies, 3738 patients on antioxidants actually had increased survival.

Of the many studies reviewed, none showed diminished response to treatment; 15 of 17 trials showed similar or even fewer chemotherapy side effects; and all of the studies that included survival data showed similar or better survival rates than the control group.

According to Dr. Keith Block, Medical Director of the Institute for Integrative Cancer Care in Evanston, IL, and lead author of the study, “this review demonstrates that there is no scientific support for the blanket objection to using antioxidants during chemotherapy. In addition, it also appears that these supplements may help mitigate the side effects of chemotherapy…. This is significant because it increases the likelihood that patients will be able to complete their treatment.”

And according to radiation oncologist Dr. Charles B. Simone of the Simone Protective Cancer Institute, Lawrenceville, NJ, “studies involving thousands of patients have demonstrated that antioxidants and other nutrients do not interfere with chemotherapy or radiation, but instead decrease toxicity and may improve response rates and overall survival.”

In Simone’s analysis, the research on patients taking antioxidants demonstrated that 2630 out of 3105 patients had fewer side effects; 1952 out of 2772 patients showed higher response rates to their treatment; and 557 out of 819 patients experienced increased survival. I recommend whole-food based antioxidants and will be discussing that in future articles.