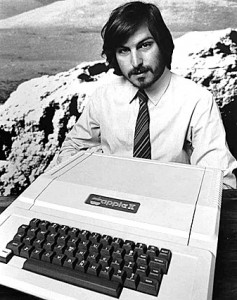 Steve Jobs introduced the Apple II computer in 1977, the same year that the Center for Advancement in Cancer Education was founded after the tragic cancer death of Susan Silberstein’s young husband, 35 years ago this February.

This past October, Jobs died of pancreatic cancer, first diagnosed about eight years earlier. He had a rare form of the disease — an islet cell neuroendocrine tumor — which generally grows much more slowly than the more common, deadlier adenocarcinoma of the pancreas. (The latter usually has a life expectancy of one year and is deemed incurable by conventional standards.) With Jobs’ tumor, surgery is potentially curative in early stage disease.

Always a risk-taker, Jobs delayed surgery for nine months and pursued acupuncture, juicing, herbal remedies, and a vegan diet. Many believe that the alternative therapies were useless and that the surgical delay caused the disease to spread. Not Dr. John McDougall. According to The McDougall Newsletter, the cancer had probably been growing for decades before Jobs’ diagnosis in 2003, it had metastasized when he was a young man, and it was “unstoppable by any means.” McDougall believes that Jobs’ vegan diet probably prolonged his life and that his doctors’ pressure to re-introduce meat probably hastened his demise. (http://www.drmcdougall.com/misc/2011nl/nov/jobs.pdf)

While surgical speculations abound, we at BeatCancer.org believe another important factor was at work: It is very likely that his liver transplant actually killed him.

Transplant patients are given immuno-suppressive drugs to prevent their bodies from rejecting foreign tissue. According to Nicholas Nissen, assistant director of the Multi Organ Transplant Program at Cedars-Sinai Medical Center in Los Angeles, “Immune-suppressing drugs may increase the risk of the cancer coming back, and if it does come back, it may be harder to fight.”

The immuno-surveillance theory, first expounded in the 1970s, plays a major role in the BeatCancer philosophy and is beginning to command increasing attention among some medical professionals. The approach suggests that a prime factor in cancer is a breakdown in the immune function of the body.

In a striking case described by Ronald Glasser in The Body is the Hero, a kidney with undetected cancer cells was transplanted into a patient. A few days after the customary course of immuno-suppressive therapy, the transplanted kidney was found to have a cancerous mass, and metastatic tumors were detected in both lungs. There was no choice but to discontinue the immuno-suppressive drugs. Within days, the patient’s immune system normalized and the tumors began to shrink. Of course, rejection set in, the transplanted kidney had to be removed, and the patient was put back on dialysis; but he survived without any further evidence of cancer.

This important piece of evidence should be considered by every oncologist, as its implications for cancer therapy are significant. Whether or not chemotherapy is administered, the real determinant of survival is how well the body’s immune system functions. At BeatCancer.org, we help patients every day to optimize immune system performance. To take advantage of our individualized telephone counseling services (offered on a donation basis), call 610-642-4810.