What You Don’t Know Can Hurt You: Little Known Sources of EMF Toxins

What You Don’t Know Can Hurt You: Little Known Sources of EMF Toxins 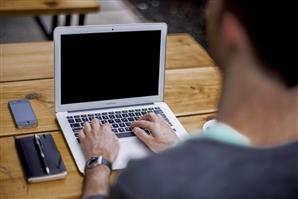 Electro Magnetic Frequencies, electro-pollution, EMFs: the danger of these invisible toxins produced as byproducts of our electronic-crazed world is nothing new. For years now, scientists have linked EMFs to diseases like Alzheimer’s and Parkinson’s as well as many kinds of cancer, including brain tumors and breast cancer . Especially when it comes to sources like cell phones and WiFi connections, most individuals have at least a basic understanding of the dangers of EMF overexposure. But what about… electric blow dryers? Alarm clocks? And those little electronic boxes attached to your electric meter? It pays to know about ALL the sources of EMFs, both inside and outside the home. Some may surprise you.

EMFs Inside Your Home

Research has proven that melatonin, produced naturally by your body when you sleep, also inhibits cancer growth. But did you know that according to a 1993 University of California Berkeley Study, a mere 12 mG, 60 Hz magnetic field can block the ability of melatonin to do its job? In 2001, Japan’s National Institute for Environmental Studies concluded that breast cancer cells treated with melatonin would resume growing when exposed to EMFs. In that study, research scientist Masami Ishido found that EMFs disrupted melatonin’s signaling system, allowing cancer cells to keep growing.

Computers, electric clocks, halogen lamps, televisions, blow dryers, coffee makers and most home appliances operate on a much higher magnetic field level than the 12mG 60 Hz cycle. If these items are in your home, and especially if they are in your bedroom, they are more than likely disrupting your body’s production of melatonin, in addition to other ill effects.

EMF’s Outside the Home

The use of so-called “smart” meters by power companies to regulate consumer usage continues to be a controversial topic, especially in states like California where these companies have spent millions installing them. The meters are part of an across-the-country project called AMI , or the Advanced Metering Infrastructure (AMI).

According to a comprehensive report produced by Weston Price, “neither the federal government nor grid profiteers have undertaken a single public health study about the long-term health effects of exposure to electromagnetic radiation (EMR) from ‘smart’ meters .”

Make no mistake about it, however, these meters are HIGHLY DANGEROUS. They can emit microwaves many times stronger than those already known to cause health effects. In a recent study conducted by Dr. Frank Springbob, volunteers had their blood analyzed with dark field microscopy after standing within one foot of a bank of “smart” meters for two minutes. All of the subjects whose blood was taken had noticeable effects, including corrugated formations in the blood cells and red blood cell clumping. The situation is enough of a concern that the American Academy of Environmental Medicine (AAEM) has proposed a moratorium on this metering technology.

What You Can Do

Electro-Pollution has been called the “deadliest toxin on the planet” because you can’t see it, feel it or taste it. If you suffer from poor memory, fatigue, headaches, poor concentration, disturbances in your sleep, heart rate or blood pressure changes, impaired immune system functioning or cancer, these could be symptoms of EMF overexposure. Take a stand for your health and that of your family by considering the following:

Stop cancer and other EMF-related illnesses from effecting you and your loved ones. Be proactive with prevention and eliminate electro-pollution where it exists, inside and outside of the home.