Which is the Real Killer: Cancer or Chemo?

Which is the Real Killer: Cancer or Chemo? 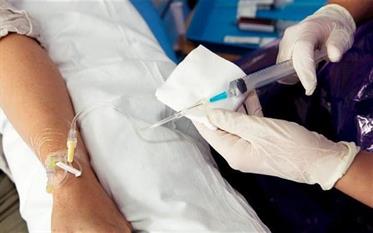 As I have said for decades, cancer patients die more from their treatments than from their cancers. New research from the United Kingdom in part proves that point. Thanks to the Alliance for Natural Health (ANH) for calling my attention to this story published in its March 28 newsletter about research that was released last fall.

For the first time researchers looked at the numbers of cancer patients who died within 30 days of starting chemotherapy and found results which suggested that, for many, the treatment was the cause of death, rather than the cancer.

The study, sponsored by Public Health England (PHE) and Cancer Research UK, reviewed 23,228 breast cancer patients and 9634 non-small cell lung cancer patients who underwent chemotherapy in 2014. Of those treated, 1,383 died within 30 days. About 8.4 percent of patients with lung cancer and 2.4 percent of patients with breast cancer died within a month,while in some hospitals the percentages were far higher. Noticing increased risk of 30-day mortality for older people and those in poorer health, the researchers advised doctors to be more cautious in recommending treatment to patients for whom it could do more harm than good.

Dr. Jem Rashbass, Cancer Lead for PHE, explained: “Chemotherapy is…powerful medication with significant side effects and often getting the balance right on which patients to treat aggressively can be hard.”

Professor David Dodwell, of the Saint James Hospital Institute of Oncology in Leeds, added: “…it’s important to make patients aware that there are potentially life threatening downsides to chemotherapy. And doctors should be more careful about who they treat with chemotherapy.”

Professor David Cameron, Edinburgh Cancer Centre, Western General Hospital in Scotland, admitted: “… some of the patients dying within 30 days of being given chemo probably shouldn’t have been given the chemo.”

When the research was published in the Lancet Oncology in September, the British daily The Telegraph featured this headline:“Chemotherapy Warning as Hundreds Die from Cancer-Fighting Drugs.” This is not news to me. It’s no secret that chemotherapy is toxic, and while its goal is to shrink tumors, it also kills healthy cells, damages bodily organs, and suppresses immune functions vital to prevent recurrence. In addition, despite treatment, cancer often spreads because metastasis is triggered by cancer stem cells that are largely immune to chemo.

The study authors hope that their insights into the factors affecting risk of 30-day mortality will help clinicians predict the balance of harms and benefits associated with chemotherapy. Here are my questions:What’s the big deal with 30 day mortality? What about 60 days? What about 600 days? And morbidity? What about treatment complications and quality of life during and after therapy? What about the Hippocratic Oath to DO NO HARM?

At BeatCancer.org, while we always favor natural healing methods whenever possible, we never tell patients not to take treatments prescribed by their physicians. Nonetheless, we do encourage patients to be wise medical consumers. Ask the right questions. Get more than one opinion. Learn about your options. And explore ways to support yourself nutritionally, psychologically and immunologically, regardless of the treatment you choose.

The Alliance for Natural Health was much more outspoken in its response, writing:

“Sadly, chemotherapy remains the go-to treatment for cancer in the US. This is the system we have: dangerous, ineffective treatments that are consistently prioritized over safer, natural (or otherwise unpatentable) treatments, because the latter are not cash cows for Big Pharma. Then, to keep money flowing to the drug companies, the FDA does what it can to limit consumer access to natural medicine and severely restrict what can be communicated to consumers about its benefits. Clearly, our health system favors pharmaceutical profits over finding treatments that can cure that most dreaded of diseases, cancer.”