Editors’ Note: This is another partial transcription of Dr. David Brownstein’s free webinar with Newsmax Health on How to Prevent Cancer.  Brownstein’s most important points are exactly what we have been saying for years! And as we stated before, although he discusses primarily cancer prevention, this information is equally valuable for preventing recurrence and for activating immune response in patients currently fighting cancer.

In his previous article, Dr. Brownstein minced no words in discussing the cancer problem in the US.  Now Dr. Brownstein shares with us seven powerful tools for how to prevent cancer.Read on to learn:

5 Signs You Will Get Cancer

There are five signs you’re likely to be diagnosed with cancer in your lifetime . . . Your body, and in particular your immune system, cannot function at optimal levels if.

I know that sounds a little broad, but I’m going to be much more specific as we go through my seven smart steps to prevent cancer. 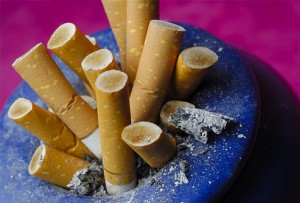 The evidence is clear: If you’re smoking, you’re literally asking to get cancer. Smoking is the #1 cause of death by lung cancer among both men and women. Smoking also contributes to throat and stomach cancer, as well as many other health problems. Cigarette smoke contains carcinogenic chemicals, including arsenic, benzene, cadmium, polonium-210, vinyl chloride, formaldehyde, and other toxins. If you currently smoke, quit now. And if you know you’ll have a hard time, get help.

#2: Maintain Adequate Iodine Levels This next one, which falls under the category of “nutrient deficiencies and hormonal imbalances,” may be completely unknown to you, but it’s critically important.  We have an epidemic of iodine deficiency in this country, and I believe it’s a major contributor to the increasing rates of cancer of the thyroid, breast, and prostate.

Iodine is essential to every cell in your body, but it’s especially important to your thyroid gland, which makes the hormone that regulates your entire body’s metabolism. Iodine is also essential for healthy breast and prostate tissues, which require more iodine than other body tissues except your thyroid.

Very early in the 20th century, we saw an epidemic of goiter in this country. In simple terms, goiter is a swollen thyroid gland. It results in reduced thyroid hormone, slow metabolism, weight gain, insomnia, fatigue, brain fog, depression, and, if left unchecked, can become cancerous.  Another result of a goiter-hampered thyroid gland, obesity (20% or more over your ideal body weight), also puts you at greater risk for cancer.

In a five-year study almost 90 years ago, an Ohio physician, Dr. David Marine, was able to prove that the epidemic of goiter was caused by an iodine deficiency. Many of us consume iodized salt, but the amount of iodine in iodized salt is insufficient. In addition, our agricultural soils are deficient in iodine, so the crops they produce are iodine deficient. Making matters worse, the FDA has set the RDA for iodine at least 100 times too low, which means you can’t get enough iodine in your diet, or from iodized salt or a multivitamin.

What’s more, in the 1970s, the baking industry replaced the iodine in bread with a cheaper substitute, bromine. And, today, the vast majority of breads, pastas, and baked goods are made with brominated flour.  In a long list of dumb moves, replacing iodine with bromine was possibly the dumbest move ever made by food manufacturers because it has caused the epidemic of iodine deficiency that we are currently experiencing. The problem is that bromine binds to iodine receptors in your body, which inhibits the absorption of iodine, and that’s a recipe for a health disaster.

This iodine deficiency epidemic we are experiencing is causing serious problems with our thyroid and prostate glands and also is leading to diseased breast tissue. This is why we have a 30-fold increase in fibrocystic breast disease (lumpy tissue), which is often a precursor to breast cancer.

And bromine is now ubiquitous in our modern world: Not only present in our foods, it’s used in medicines, as a disinfectant for swimming pools and spas, and in hundreds of consumer products, including the interior parts of automobiles. Buy a new car today and you’ll immediately be exposed to a large amount of bromine.

Sadly, conventionally trained doctors are completely unaware of this deficiency, even as more and more people develop thyroid, breast, and prostate cancer.

And remember, once a patient is referred to an oncologist and they enter the “Cancer Industrial Medical Complex,” they will receive ineffective treatment programs which rely on surgery, radiation, and chemotherapy. No conventional doctor will prescribe iodine, unless it’s radioactive iodine designed to kill a thyroid tumor, and that is a harmful treatment.

Now, are you ready for the SHOCKER? I always test for iodine levels, and I’ve found more than 95% of my patients are deficient. I suspect the same deficiency exists throughout the entire population, and it’s a major contributor to cancer.

In my next article, I will discuss more of the seven ways to prevent cancer.

Dr. David Brownstein is a board-certified family physician, the Medical Director of the Center for Holistic Medicine in West Bloomfield, MI, and one o the nation’s foremost practitioners of holistic medicine. A graduate of the University of Michigan and Wayne State University School of Medicine, Dr. Brownstein is a member of the American Academy of Family Physicians and has been honored by the American College for Advancement in Medicine and the American Academy of Integrative Medicine. Dr. Brownstein Is the author of 11 best-selling books and the editor of a monthly health advisory Natural Ways to Health, available by subscription.