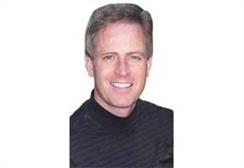 Seventeen years ago, Richard Wiebe was diagnosed with a deadly stage IV brain tumor known as glioblastoma multiforme, an extremely aggressive disease with a five-year survival rate of only one to five percent. Declared “incurable” with an expected prognosis of six months, Richard had surgery, chemotherapy, and radiation and then developed a rare secondary cancer caused by his treatment. But the natural therapies he pursued made all the difference and Richard now celebrates his 17th year of survival in vibrant health!

Join us for this podcast, and hear

Richard Wiebe wasn’t just lucky – he worked hard to find the answers that were right for him! If you are dealing with cancer, listen to this podcast and be inspired by Richard’s empowering story.