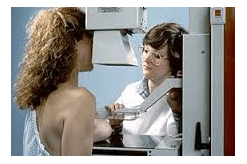 The latest study to raise questions about the value of screening mammograms was published online last week by the Annals of Internal Medicine. A group of Danish researchers followed women ages 50 to 69 who were screened and not screened and analyzed Danish breast cancer registry data for those diagnosed with invasive breast cancer from 1980 to 2010. Their conclusion: Mammographic screening did not reduce incidence of advanced tumors, and one out of every three breast cancers found in the screened women was overdiagnosed.

Overdiagnosis is finding medical information that does not benefit the person, and which may cause harm, especially if it leads to overtreatment. In this case, overdiagnosis means detection of a tumor that likely would never have caused any symptoms if left alone.

Whether screening mammograms can lower women’s risk of women dying from breast cancer has been debated for decades, and this latest study reignited a fury of reactions on both sides.

Breast surgeon Dr. Mette Kalager, former director of the Norwegian Breast Screening Program, left her position a decade ago because of doubts about the value of screening and reluctance to spearhead a program that she would not participate in herself.

The U.S. Position on Mammograms

American Cancer Society guidelines recommend that women 45 to 54 should get mammograms every year, those 55 and older should get them every other year, and women 40-44 should have the option of screening or not. The U.S. Preventive Services Task Force (2009) recommended against the use of routine mammography screening for women under 50 and recommended that women 50 to 75 get screened every two years. The Task Force concluded that for women 40 to 49 the benefits of mammograms do not outweigh the harms, including false-positive results that lead to unneeded breast biopsies and follow up-imaging, and to unnecessary anxiety and distress. Also, the Task Force found that mammograms play an “extremely modest role in reducing the likelihood of dying from breast cancer.”

Dr. Otis Brawley of the American Cancer Society noted that at least eight prospective randomized trials, in which women were randomly assigned to screening or no screening, have shown that screening saves lives, but he admitted that at least a dozen studies have shown that screening mammograms do lead to overdiagnosis of breast cancer in 15% to 50% of cases, a phenomenon he called for doctors to accept. Elaine Schattner, Forbes columnist, called that “overdiagnosis awareness.” In my mind, “overdiagnosis awareness,” like “breast cancer awareness,” is just a small step towards solving a big problem. In fact, five problems: