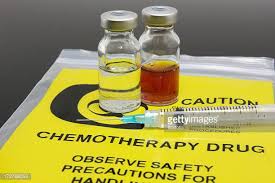 A study published last year in Breast Cancer Research confirmed something that I had long suspected: namely, that, in addition to suppressing immunity during cancer treatment, chemotherapy can actually cause long-term damage to the immune system after treatment is over. British researchers at the University of Leeds School of Medicine and the Department of Breast Surgery at Leeds Teaching Hospital found that chemotherapy reduces levels of key immune cells in breast cancer patients for at least nine months after treatment and leaves them vulnerable to viral and bacterial infections.

In their study of 88 women with breast cancer, researchers measured parameters of immune function before treatment began and at various intervals between two weeks and nine months after chemotherapy treatment ended. Levels of lymphocytes, including B cells, T helper cells (CD4 cells), killer T cells (CD 8 cells), and natural killer (NK) cells, were measured. The authors discovered that levels of all the major types of lymphocytes dropped significantly after chemotherapy.

Two weeks after chemotherapy completion, levels of B, T and NK cells were significantly reduced. B cells demonstrated particularly dramatic depletion, falling 95% below pre-chemotherapy levels. Levels of all cells recovered to some extent, but B cells and CD4 T cells remained significantly depleted even nine months post-chemotherapy. Although the impact on most lymphocytes was found to be only short term (three to six months) with recovery to pre-chemotherapy levels by nine months, chemotherapy had a long term effect on B cells (which produce antibodies against tetanus and pneumonia) and helper T cells (which help antibody production) – none of which recovered beyond 65% of their initial levels. Such depletion could leave the body vulnerable to a wide range of viral and bacterial infections that it might otherwise have been able to fight.

The study authors noted that patients treated with chemotherapy may be even more prone to infections if they are smokers. Smoking appeared to further slow the recovery of some immune cells, with levels in smokers reaching only 50% of pre-chemotherapy levels after nine months compared
with 80% in non-smokers.

The Leeds University researchers concluded that, at least with relation to breast cancer, chemotherapy is associated with long-term changes in immune parameters that should be considered during clinical management. From my perspective, I am wondering if similar immuno-suppression is likely to occur in patients with other cancers treated with chemotherapy.

The findings of this research suggest to me that if cancer patients are going to consider chemotherapy (1) they should know the long-term risks to their immune defenses, and (2) they should do everything possible to enhance their immune systems, including following an immune-enhancing diet, taking nutritional supplements,ordering a copy of our Chemotherapy Tipsheets, using infrared saunas, seeing a practitioner of Traditional Chinese Medicine, and reducing stress – all of which can directly affect our immune responses.