Does Coffee Cause Cancer?

Does Coffee Cause Cancer? 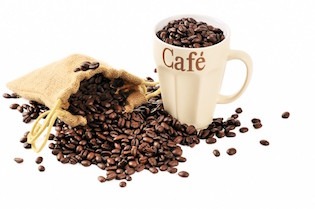 Research has demonstrated both beneficial and deleterious health effects of coffee. First, the good news: Moderate coffee consumption
has been linked to many health benefits. Brewed coffee can be a rich source of natural antioxidants, which may play a significant role in slowing the aging process and in inhibiting life- threatening diseases such heart disease, stroke, Alzheimer’s disease, and cancer. According to the Harvard Health Publications, studies have shown that coffee drinkers are 50% less likely to suffer from cancer than non-coffee drinkers. Several studies have suggested that the chlorogenic acid found in coffee may help prevent Type 2 Diabetes. In other research, coffee has been shown to help protect against asthma (most asthma medications contain high doses of caffeine), gall stones, cirrhosis of the liver, and Parkinson’s Disease. Because coffee helps boost body metabolism, it can also be effective in a weight loss program.

On the other hand, there is also bad news: Coffee can really lower your body pH — especially if you drink several cups per day — and disease, especially cancer, thrives in an acid environment. Caffeine consumption has been linked to breast cancer, and breast lumps have often regressed in women who adopt the caffeine-restricted Minton Diet. When coffee is roasted, the carcinogen 3,4 benzopyrene is formed. There have also been identified two other possible carcinogens found in coffee.

Many years ago, Professor Brian MacMahon of the Harvard School of Public Health found that the drinking of three cups of coffee a day increased the risk of pancreatic cancer by a factor of nearly three. He felt that coffee drinking was the cause of 50% of all pancreatic cancers. In 1981, Dr. Tim Spencer of the St. Bartholomew’s Hospital in London validated MacMahon’s research. Prior to 1948, the British people drank tea and very little coffee, whereas after 1948 there was a vast increase in coffee drinking in England. Dr. Spencer plotted the importation of coffee into England between 1948 and 1973. During that time, the importation of coffee increased by 120%. Also during that time the death rate from pancreatic cancer in England increased by 50%.

Cancer is not the only issue. The caffeine in coffee is also a major stimulant of the sympathetic nerve system, and as such can stress your heart to the point of tachycardia. Moreover, caffeine is an addictive drug from which many severe withdrawal symptoms are proof of physical dependence; these symptoms include headache, fatigue, drowsiness, poor concentration, irritability, and brain fog. Deleterious effects of coffee may be compounded by the poor quality of the water with which it is made. Microwaving the water or reheating the coffee in a microwave oven is likely to completely destroy its health benefits and may actually compromise the health of the consumer. Adding milk, cream, non-dairy creamer and sugar may be much more dangerous than the coffee itself.

Then there is the chemical issue. Coffee crops are sprayed with up to seven different pesticides (as well as herbicides, fungicides, and other potentially harmful chemicals), many of which have been banned in the US and Europe but remain legal in less developed countries — including those that grow coffee. Although about 85% of these poisons are destroyed during the roasting process, these chemicals are also toxic to the health of farm workers, damage
the ecosystem, and seep into underground water wells. Smithsonian Institute research showed a significantly adverse impact on the lifespan of people living at the base of hills upon which coffee crops are grown and sprayed with pesticides. Organophosphates and other insecticides cause birth defects and kidney, liver and testicular damage, and are extremely toxic to birds, fish and other wildlife. The decaffeination process is also of concern, as it often uses methylene chloride, a known carcinogen that is also toxic to the cardiovascular and central nervous systems.

But people love coffee, and coffee is a social and cultural phenomenon around the world. Next to oil, coffee
is the largest selling commodity on the planet. In the United States, average per capita consumption is 3.2 cups per day by over 108,000,000 coffee consumers. The National Coffee Association found in 2000 that 54% of the adult population of the United States drinks coffee daily (NCA Coffee Drinking Trends Survey, 2000). In addition to the 54% who drink coffee everyday, 25% of Americans drink coffee occasionally (NCA). And the US ranks only 12th on the list of coffee consuming-nations (Global Market Information Database, 2002)!

Bottom line, if you are a coffee-drinker, make sure you drink shade-grown, certified organic coffee. That coffee has a more neutral pH, no pesticides, and more antioxidants than other coffees. Because the soil is composted, the coffee has more plentiful low mass molecular compounds, which are responsible for coffee’s protective antioxidants. Organic coffee providers also use ethyl acetate, a safer solvent for decaffeination than conventional solvents.

Editor’s Note: BeatCancer.org has recently partnered with Golden Valley Farms Coffee, which is triple-certified: USDA certified organic, certified bird-friendly
through the Smithsonian Institute, and Fair Trade certified. A portion of the sales of their BioBean Coffee helps
to support the patient services of BeatCancer.org. Try it!