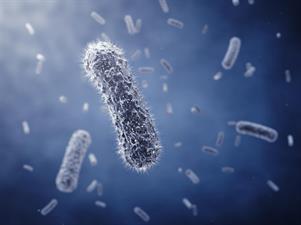 Statins are currently the most-prescribed class of drug. Initially, statins were largely prescribed for the purpose of lowering cholesterol. Since that time, however, it has been found that the drug, when combined with those used to beat cancer, also has anti-tumor properties, as well as the ability to regulate immune system function in patients with the disease.

Statins are in a class of drugs that works by blocking a certain enzyme, called HMG-CoA reductase. This enzyme is needed by the body in order to produce cholesterol.

Statins reduce mevalonate, controlling the initial formation of cancerous tumors, as well as their growth, and spread at the cellular level. However, these results were seen when statins were combined with the antibiotic Doxycycline and the anti-parasitic medication Mebendazole.

Effectiveness of Statins in Cancer Prevention and Treatment

Improved survival rates have suggested the effectiveness of statins for use in cancer treatment. However, mixed results have also been produced which saw statins having an effect on only certain types of cancer cells.1

Adding to this, the administration schedule of the drug may also be instrumental in its effectiveness, although this has not yet been officially proven. It is a well-known fact that many drugs appear to have promise in early research, only to show the opposite when testing reaches the larger clinical trial stage.

It is also important to note that statins should NOT be used a preventative measure when it comes to cancer. Long term statin use of 10 years or longer can more than double a woman’s risk of breast cancer and is also associated with a significantly increased risk for prostate cancer.

Important Considerations for Statin Use

Those already on heart medications need to consider the use of statins carefully, as many clot-preventing cholesterol and blood pressure medications,
as well as those used to treat issues with heart rhythm and medications for heart failure, can interact with this class of drug.

Why do those already on heart medications need to be careful when using statins? Because these drugs can boost the blood’s statin levels. When this
occurs, myopia or muscle pain can be the result, as can injury to muscle tissue.

Liver toxicity has also been associated with the use of statins. In rare cases, rhabdomyolysis has been reported. This condition sees the breakdown
of muscle fibers, along with possible damage to the kidneys.

Statins also deplete vitamin K and CoQ10 (Ubiquinol if over 40). If you are using statins, it is important to keep in mind that you will need to supplement.

Education is the most powerful weapon we have against cancer. To learn
more about how prevention is possible with avoiding cancer-causing foods and making lifestyle changes, call 1-888-551-2223.