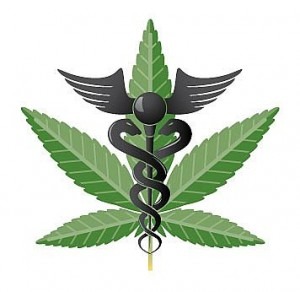 What is marijuana to you? For me, I have always known marijuana as a drug, a substance that intoxicates you! Hence, I have kept away from it. Anything and everything associated with it has had a negative image in my mind. I know many of you out there reading my post may also have the same notion about this magic pot! But as we know, every cloud has a silver lining, and so is the case with marijuana; it also has some medicinal properties for which it is commonly referred to as medical marijuana. Strange, isn’t it? I was also amazed to know its medical benefits and thought I’d tell you about them.

Before I plunge into the wonders of this substance, let me tell you what marijuana actually is.Marijuana (scientific name Cannabis Sativa) refers to the greenish grey mixture (as shown in the picture below) obtained from the dried leaves and flowers of the hemp plant. It is a well-known herb since ancient times. We add the term ‘medical’ to it because of its ability to treat certain diseases and symptoms, but this is still a matter of argument amongst the masses. Many states have even legalized the purchase of marijuana for medical use. However, the U.S. Food and Drug Administration (FDA) has not yet approved or designated the marijuana plant as medicinal. Numerous research studies and clinical trials are going on to bring out the positive as well as the harmful effects of this weed! 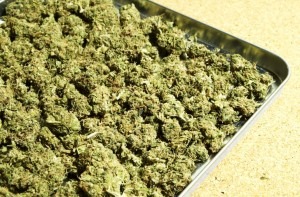 Marijuana can be taken in the many ways.  I have seen people inhaling or snorting or snuffing marijuana smoke from hand-rolled cigarettes called joints  or cigars called blunts, while some others may puff it in pipes called bongs, and I have even seen some taking this substance in the form of injections. You can also brew some marijuana leaves in the form of tea  and enjoy its benefits. Brain concentrations of marijuana vary, depending on the mode of administration.

Despite the various pros and cons on the use of marijuana, and despite the continuous efforts by the FDA to keep marijuana illegal, pot is believed to be the safest of all other drugs. You might have even heard that smoking a joint is safer than having a beer!

Scientists are conducting numerous clinical trials to prove and discover the positive effects of marijuana, and some interesting medicinal properties have been found to be associated with the plant.

As stated by Professor John A. Benson, Jr., MD, “The IOM [Institute of Medicine] report, Marijuana and Medicine: Assessing the Science Base, released in March 1999, found that marijuana’s active components are potentially effective in treating pain, nausea and vomiting, AIDS-related loss of appetite, and other symptoms, and should be tested rigorously in clinical trials. The therapeutic effects of smoked marijuana are typically modest, and in most cases there are more effective medicines. But a sub-population of patients do not respond well to other medications and have no effective alternative to smoking marijuana.”

Rarely do we come across drugs in the market sold with the component marijuana. The drug is still illegal and many doctors and practitioners hesitate to prescribe it to their patients. As I have mentioned, the development of this substance in the form of medicine is still in the nascent stage, yet amidst a lot of arguments and speculations, clinical trials are going on to show people the positive side of marijuana.

The FDA has approved two medications containing marijuana – namely Marinol (Dronabinol) and Cesamet (Nabilone). They are used in cancer patients undergoing chemotherapy for treating nausea and to increase appetite in patients with HIV/AIDS. Besides these, Sativax (Nabiximols) is also currently available in Canada, the United Kingdom, and other European regions for the treatment of pain in patients suffering from multiple sclerosis.

Does Marijuana Cause Cancer?

Research studies are going on to establish the link between marijuana and lung cancer. Unlike tobacco, marijuana has not been directly linked to cancer in humans, but some cellular abnormalities in the lungs have been noticed in people who smoke marijuana on a long-term basis as compared with non-smokers. Marijuana is known to contain carcinogenic elements that may raise the potential risk of causing lung cancer among individuals exposed to it; but it depends on the quantity of marijuana inhaled, the amount of smoke retained in the lungs, and smoking duration and frequency.

Apart from this, studies have also shown that marijuana is associated with the early onset of testicular cancer among the young adult population.

In 2006, a case report published in the journal Urology observed a relationship between high-dose marijuana smoking (up to 5 cigarettes daily for more than 30 years) and the formation of transitional cell carcinoma in a 45 year old male. But further research supporting this evidence is yet to be conducted.

So my readers, there is a huge debate on this topic about whether or not to consider marijuana as a legal drug. On the one hand, you cannot deny that it has shown positive effects in relieving pain and bringing down anxiety and uneasiness and hence it is considered to be a good sedative. On the other hand, marijuana can result in dependency.  It may make you fall in love with it, you may want to have it more often, it might become a habit, you may get addicted to it very easily; once you become addicted you simply cannot quit it, you become slave to this drug. It is your life and you are responsible for it. You should learn when to say ‘No’. Therefore, I urge you to limit its use to therapeutic or medicinal aspects only and rather treat it like a health tonic than abuse it like a deadly drug!

Editor’s Note: Medical marijuana (cannabis) is now legal in 24 US states. Scientific studies have shown that key compounds in marijuana like THC can kill or inhibit nearly all major forms of cancer in humans. To learn more about the anti-cancer benefits of cannabinoids and the relationship between marijuana and hemp seeds, check out my Alphabetical Beat Cancer Diet Guide (p. 36). To learn more about medicinal marijuana education and advocacy, visit www.wordwidewca.com or www.wamm.org.